The government’s mortgage modification program is on track to produce up to 4-million loan modifications, according to White House officials. The plan started to aid the ailing home market has prompted banks that are not part of the program to modify mortgages, gaining traction towards a housing recovery. 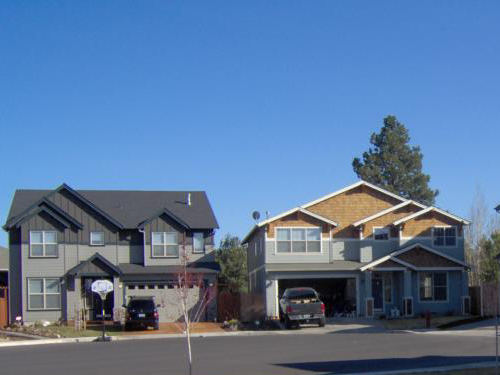 The efforts are likely to result in the temporary modification of more than 7-million home mortgages through 2012.

“Since the program began the administration has consistently strived to not only offer assistance to struggling homeowners, but to translate this initial help into sustainable outcomes for borrowers that allow families to remain in their homes or avoid foreclosure,” Herb Allison, the Treasury’s Assistant Secretary of Financial Stability told a House oversight committee.

However, since the plan was launched more than a year ago at least another 3-million foreclosures have been finalized. When the government program started, President Barack Obama said the plan would “enable as many as 3 to 4 million homeowners to modify the terms of their mortgages” over a four year period.

However, a series of hang-ups slowed the process since banks had to establish new procedures to streamline operations to handle the massive number of possible modifications. Bankers weren’t prepared for the flood of mortgages in default.

The administration has not said the program would result in 3 to 4 million permanent modifications, but only that number of temporary modifications. The projection was based on the best estimate that White House advisors could come up with at the time the plan was implemented.

The trial period for modifications runs a minimum of three months, during which mortgage borrowers are expected to make their payments in a timely fashion with 1.4-million government backed temporary modifications in the pipeline. Another estimated 1.1-million are being handled by banks not associated with TARP.

“For lending involving borrowers who were already at risk of default we have always understood that loan modifications have re-defaults,” said Allison. “Even for permanent modifications a significant number will re-default.”

HAMP was designed for home owners at risk of foreclosure, who can benefit from reduced monthly mortgage payments, and not designed to help every homeowner with a mortgage. The average mortgage modification lowers the monthly mortgage by $500.

Ten other programs have been started by the White House to produce a housing recovery and reduce the devasting impact of the foreclosure crisis. In order to qualify for the modification program mortgage holders must have a loan balance of less than $729,750, a mortgage payment greater than 31% of their gross monthly income, own the home as their principal residence and be able to afford modified payments.

“Participating servicers are required to evaluate for HAMP on every eligible seriously delinquent loan defined as 60 days late,” said Allison. The standard evaluation process includes a test to determine whether it is economical from a lender’s position, which gives the bank an advantage.

If a modification doesn’t work for the bank there is no requirement under the current program to force bankers to offer a modification. Allison says the evaluation procedures ensure that considerations are being made to give every home borrower applying for a modification a fair chance.