Home buyers looking to take advantage of the federal government’s tax break need to get moving if they want to meet the deadline to get the credit. The tax credit, which offers up to $8,000 to buy a new home is only available on purchases that go under contract before May 1st. 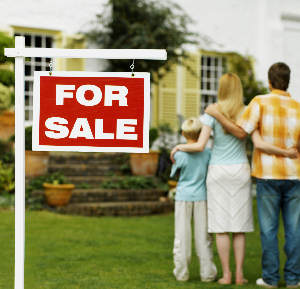 The federal tax credit was expanded to include move-up buyers by Congress in efforts to push the housing market towards stabilizing, but it has proven to be less of an incentive for buyers than housing experts had hoped. The credit produced a surge in first time home buyers’ sales when it was first introduced, but then slowed after first time buyers took advantage of it.

“The first time home buyers credit has helped nearly two million families achieve the American dream of owning their own home,” said Deputy Treasury Secretary Neal Wolin. “The expanded tax credit has been one of the great successes of the recovery act.”

Government figures indicate $12.6-billion in tax credits will be dolled out under the program. The extended deadline expanded the program for home buyers who have a binding contract that close on a home before Jul 1, 2010. Tax payers who are long time residents of a home are also eligible under the plan for a tax credit up to $6,500 if they buy a new principal residence.

Another extension of the credit is unlikely. Congressional members insisted Realtors guarantee they would not be back to ask Congress for another extension. Tax payers have the option of claiming the credit on either their 2009 tax returns or their 2010 return.

“While people know the credits are still around they don’t seem to have that same call to action,” said Scott Agran of Lang Realty in Boca Raton, Florida. The government’s efforts to help produce a stabilization in the housing crisis have been aided by a series of at least 12 other programs.