Multiple foreclosure properties mortgaged by investors contribute to more than a third of all homes being foreclosed, according to a new study conducted by Housing Predictor. The crisis is leading investors who once bought the property in hopes of turning a profit to increasingly call bankers to ask for mortgage modifications and forgiveness, but few are having any luck. 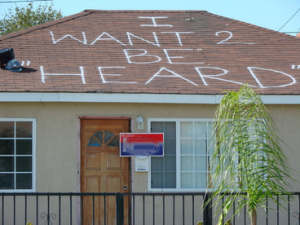 The study also showed that multiple investor owned properties are being foreclosed at a faster rate than owner occupied homes.

Some 36% of all foreclosures studied in the sampling of 50 of the largest U.S. housing markets shows a discouraging trend, which signifies that the foreclosure epidemic that has been running for more than two years is far from over.

As veteran investors and first time investors see their homes default, the series of problems associated with the foreclosure crisis is broadening. U.S. Census figures now indicate that more than 3.4-million homes are vacant, and account for a sharp rise leading to an increase in crime and violent outbreaks in many metropolitan areas.

The pool of renters, however, is rising as more people lose their homes to foreclosure, but with high unemployment more of these former homeowners are moving in with relatives and friends to make living conditions affordable.

Because many investors thought that housing prices would keep rising during the boom, people who had never invested in properties besides their own principal residences bought more real estate. The crisis has now led bankers to the point that multiple foreclosure properties aren’t even tracked in their processes to proceed with foreclosure.

A stunning four in ten investors, who suffered foreclosures had at least three properties repossessed by the banks, the study showed. The figure is expected to rise as more mortgage holders lose confidence that they’ll see prices rebound in time for them to make any sort of a profit.

The crisis has sort of a leap frog effect on markets as foreclosures pressure the values of surrounding homes as bankers slash prices to reduce their inventories of foreclosed properties.

Three to 3.5-million foreclosures are forecast in 2010 alone as more mortgage holders feel at a loss to hold on any longer. Government programs to help owner occupants are showing improving trends to slow the volume of properties taken back by bankers. But since bankers feel little sympathy and government programs aren’t aimed at helping investors, the crisis is expected to have a huge impact on the overall economy.