The foreclosure crisis has produced a ripple effect across the U.S. economy, triggering downward pressure on home prices and the national economy. But for the first time in its history, Housing Predictor is lowering its foreclosure forecast. 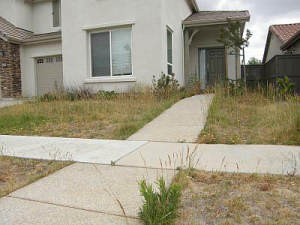 As the first real estate research firm to forecast the crisis, indications are strong enough and are now growing to lower the forecast to 16.5-million total home foreclosures through 2015, representing a 3.5-million reduction.

Many foreclosures over the last year were concentrated in lower income areas with higher unemployment levels. However, as the crisis broadens increasing foreclosures are impacting every income level and all types of home mortgages. Bad lending practices with overly aggressive mortgages under written with loose lending criteria contributed to the epidemic.

Federal and state loss mitigation programs and moratoriums delayed foreclosures temporarily in 2009, but the number of foreclosures is rising as lenders speed up their processes to take back properties.

Changes to increase the number of refinances through government subsidized Fannie Mae and Freddie Mac are contributing to a cut in the number of homeowners at risk. But high unemployment remains the key obstacle to slow the flood of homes that are defaulting. Without an increase in the level of employment the crisis will sustain. Government work programs could help to ease the volume of foreclosures, but few indicators show that the Troubled Assets and Relief Program are aiding in this area.

Changes to the federal program for the unemployed are likely to have a minimal effect since unemployment benefits will not be counted as income under the program in mortgage qualification under-writing. Mortgage holders without jobs will either have to get temporary federal aid with their payments or lose the house.

The 10 states most heavily impacted by the epidemic, including the hardest hit states of California, Nevada and Florida are receiving federal subsidies for homeowners at risk, administered by state housing finance agencies. The aid is projected to help reduce the volume of foreclosures.

A series of other programs implemented by the Obama administration are helping to aid markets. Mortgage modifications have topped 2.4-million, including modifications made outside of the federal program. But bankers are cautious to make modifications permanent until homeowners can prove that they have a fighting chance of making monthly payments regularly.

The American dream of homeownership has become a nightmare for millions, who are either at risk of being foreclosed or been through foreclosure. Some 3 to 3.5-million mortgage holders are forecast to be foreclosed in 2010.

Walk-aways now account for an estimated one in three foreclosures. At least another third are investor owned properties.

The financial crisis that started in housing with the help of Wall Street has transferred wealth and diminished the way people view their standard of living. As President Obama is on record saying, “There is not enough money in the entire Treasury to stop every foreclosure.” A bill in Congress to force bankers to modify mortgages seems unlikely to pass until such time that the epidemic damages the U.S. economy more severely. But even then it seems remote.