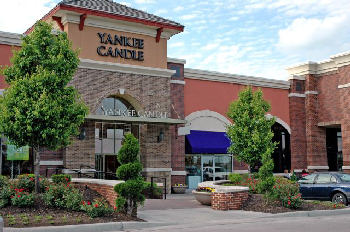 Trusts to recoup millions of dollars in losses for investors, who say they have been misled by investment brokers.

Fort Lauderdale attorney David R. Chase has launched inquiries on behalf of investors in REITs throughout the U.S. and his office telephone is “constantly ringing” with inquiries from damaged investors.

“Most of my clients are older or retired, who have been led to invest in REITS through misrepresentations,” said Chase, who specializes in securities fraud.

Private and public REITs have been sold by security brokerages “as safe, stable, income-producing and low-risk.” However, the decline in many REITs value has shown otherwise. Investors have found many REITs hard to re-sell as their values plummet on reports on lower earnings and higher vacancy rates, especially in commercial U.S. property in many areas.

The industry blames the real estate crash, but a series of lawsuits are being filed against brokers selling the investments. The cases Chase has been retained to represent clients purchasing REITs in have been for misrepresentations and the “unsuitability for clients.”

During the real estate bubble, REITs were touted as stable, long term investments by brokers selling them because of their tax advantages and historic strength as an asset class.

REITs gather funding to invest in real estate through the sale of stocks and other securities, and then invest in property in an effort to net higher returns for investors, who are able to capitalize on a little known tax loophole. U.S. tax laws allow REITs to not pay any federal income tax as long as they retain only a maximum 10% profit annually and disperse the rest of the profits to investors.

As a result of the tax benefits, many REITs sell large portfolios of stock to increase the amount they are able to invest in real estate construction and investments. However, when the real estate market crashed many REITs traded on Wall Street started selling or merging.

Some real estate analysts contend the inflation in some REITs values have been artificially achieved by firms merging with each other, and selling large volumes of stock as ownership of their companies.

Investors’ cases are able to be settled in arbitration hearings, which are typically settled within nine to ten months instead of being dragged out for years in court, and then forwarded to judges for their final approval. The investments were sold by brokers with purchasers agreeing to binding arbitration as part of their investment agreements.