Vacation home sales are climbing for the first time since the real estate collapse. In some cases, condominium prices are also soaring in some of the largest second home markets 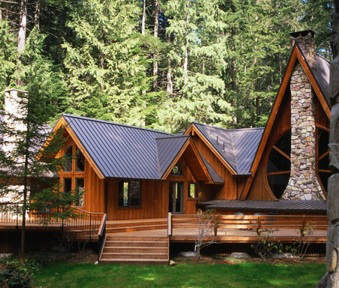 in the U.S., including once hard hit Miami and Las Vegas, where cash buyers make up the majority of purchases.

The surge in second home sales rose an amazing 64.5% to 1.23 million units last year from 749,000 homes and condos the previous year, according to the National Association of Realtors. Vacation home transactions accounted for 11% of all sales last year, up from 4% in 2010. However, the increase is believed to be even higher this year as discount hungry vacation home buyers search for deals.

But with higher gas prices and living expenses consumers are selecting vacation home markets closer to home than in previous years. The Realtors association says the median distance between a second home purchaser’s primary residence and vacation home declined by nearly a fifth to an average of 305 miles.

“During the past year investors have been swooping into the market to take advantage of bargain home prices,” said NAR chief economist Lawrence Yun. “Rising rental income easily beat cash sitting in banks as an added inducement.”

A survey conducted by vacation website Home Away found that the most popular cities for vacation home buyers can be reached in less than a four hour drive, which makes those cities good investments for the 91% of second home buyers who plan on renting their properties out for others to use while they’re not in residence.

Uncertain about the economy or the state of the real estate market, the majority of second home buyers are hunting for deals and paying cash for property. Only 5.8% obtained a mortgage for their purchases during the month of March for the second month in a row, according to the Mortgage Bankers Association.

The trend of all cash purchasers has been growing over the past three years as home and condo prices fall at the steepest levels in most second home markets. Some 49% paid cash for vacation homes in 2011, the National Association of Realtors said, up from 36% the previous year.

More than two out of three purchases were paid for in cash in Miami during the first quarter of the year, according to the local association of Realtors. International buyers have bolstered the market for almost two years, coming from Central, South America and Japan to buy U.S. real estate, which most buyers feel is “on sale” or at a discount.