Recovery Forecast Not Until 2011

The U.S. real estate market will take at least three years to recover from its massive slump and it wont fully rebound from the mortgage mess until at least some time in 2011, Housing Predictor forecasts.

Housing Predictor analysts forecast the overall U.S. economy will suffer from a recession as a result of the crisis, which they expect to become evident in the nations overall economy by the third or fourth quarter of 2008. Analysts contend the housing slow down will rank as the worst housing recession since the Great Depression.

The mortgage mess will take Wall Street investment bankers and mortgage companies, which caused the mess through at least 2009 to 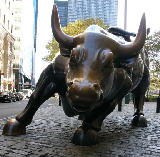 determine the full extent of financial damage, according to a survey of mortgage bankers.

The on-going turbulence in financial markets exhibited by wide swings on the New York stock exchange and other financial markets is expected to last a number of additional months. The availability of more money to fund mortgages except to highly qualified borrowers is not expected by analysts until at least sometime in late 2008.

The mortgage mess was originally determined on Wall Street, where investors in hedge funds that funded subprime mortgages became nervous over the high volume of lending and stopped investing in the funds in mass, halting the flow of money to mortgage companies making the loans. The mess then quickly spread into second mortgages and newly developed exotic conventional adjustable rate loans.

The crisis has sent the over-whelming majority of real estate markets in the nation into deflationary cycles, some at high double digit annual levels and poses the worst threat to the overall U.S. economy any financial crisis has in decades. Foreclosures are at an all time high.

Housing Predictor forecast the Federal Reserves cut in interest rates as early as this last March and analysts expect the Fed to continue cutting interest rates in an effort to stabilize the housing markets and the nations overall economy over at least the next year.

Should the Fed not cut interest rates at least 100 to150 basis points through 2008 the U.S. economy will experience an economic crisis of monumental proportions, according to analysts. But the Feds chief job is to keep the nations economy from falling into a crisis.

Housing Predictor analysts believe the Fed will cut interest rates and add additional money to the economy in an effort to balance the economy and steer it through the crisis. However, the Feds job will be difficult and it has to be careful not to tip the scale in favor of increasing inflation as a result of rate cuts.

Home prices in some especially high priced markets in California, Florida and Massachusetts have already dropped as much as 40% as a result of the problems. The crisis has triggered an all-time record number of foreclosures. More than one million homes have already been foreclosed in the U.S., and at least an additional 2-million are forecast to be foreclosed through 2009. The number of foreclosures forecast by Housing Predictor may be increased should mortgage companies continue to refuse to negotiate new terms on mortgages in jeopardy of foreclosure.

As a result of the problems coupled with higher mortgage rates and massive mortgage fraud, home prices in the over-whelming majority of real estate markets have stopped appreciating and have deflated. However, there are markets that are exceptions with appreciation, particularly in Texas and New Mexico.

Recessionary pressures such as higher unemployment and higher costs of consumer goods and services, including gasoline, which has already risen, should become evident towards mid 2008, all of which will contribute to further slow the majority of markets.