The man appointed to fix the nation’s housing mess has been the North Carolina commissioner of banks since 2002.

Joseph A. Smith, Jr., 61, will have to be confirmed by the full Senate before he takes over as director of the Federal Housing Finance Agency after being appointed to the position by President Barack Obama. The White House made the announcement amid growing outrage over the foreclosure crisis and a disappointing chorus of news over the U.S. economy.

The nomination comes as FHFA works to clean up the mess of losses suffered by Fannie Mae and Freddie Mac. The Treasury has already purchased $148-billion in mortgages from the lenders and may be likely to purchase more than $1-trillion in mortgage loans before resolving the foreclosure crisis. 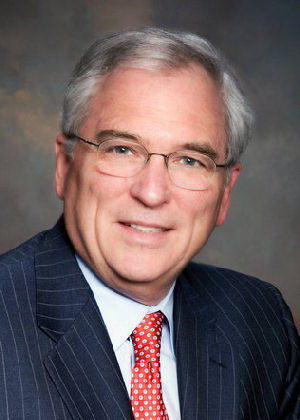 The FHFA was started shortly after President Obama was sworn into office to order the day to day operations of troubled Fannie, Freddie and the 12 Federal Home Loan Banks. Fannie and Freddie are insolvent and supported by government tax payer money since being taken over as a result of the foreclosure crisis with a record number of foreclosures.

Smith would take over for acting director Edward DeMarco to play a major role in the government’s efforts to heal the U.S. housing market. “Mr. Smith brings to this position both tremendous expertise and a deep commitment to strengthening our housing finance system for the American people,” said Obama upon making the announcement Friday. “I’m grateful that he has accepted this nomination, and I look forward to working with him in the months and years to come.”

As a state commissioner, Smith heads an agency responsible for the supervision of banks and thrift institutions, licensing and regulation of firms and individuals engaged in mortgage banking and brokerage, and the regulation of other consumer finance enterprises. The appointment would place North Carolina ’s top bank regulator at the center of one of the most onerous debates in U.S. history over the fate of the future of Freddie Mac and Fannie Mae.

Treasury Secretary Tim Geithner is expected to outline the Obama administration’s plan to restructure the government supported lenders before Congress in January. However, given the political divide in Washington, D.C. expected with the new Congress coming to office in the next session, little progress is expected to be made over the embattled government lenders for a number of years.

Smith is Immediate Past Chair of the Conference of State Bank Supervisors and a founding member of the Board of Managers of State Regulatory Registry, a limited liability company established to implement a nationwide mortgage licensing system. Richard Neiman, the superintendent of banks in New York State supports Smith’s appointment, crediting his advocacy for the Nationwide Mortgage Licensing System.

Obama has chosen a banking regulator experienced in handling the types of housing deals that helped plunge the country into the financial crisis. North Carolina was the first state in the nation to adopt anti-predatory lending laws.

Smith is no stranger to Congress, testifying about increasing consumer protections. He graduated from Davidson College and the University of Virginia Law School and is licensed to practice law in New York and North Carolina. He also testified before the Senate in 2007 that government enterprises should help sustain affordable home ownership.