The surge in sales was led by 1,420 condominiums that changed hands during the month, which accounted for the largest rise in any U.S. metropolitan area. A large percentage of buyers are from foreign nations other than North America making purchases as vacation home buyers, hearing that “America is on sale.”

In May, 60% of all closed transactions were paid for in cash as many buyers still find it tough to find mortgages. The jump in sales isn’t unexpected for the market, which has been battling with declining home and condo values for almost five years, but it is exceeding expectations.

“The current performance of the Miami market is exceeding expectations, as we continue to see increased demand for local properties and higher sales levels than we have seen since the boom years,” said Jack H. Levine, Chairman of the Board of the Miami Association of Realtors. “Presently, there is only a 7.4 month supply of housing inventory in Miami-Dade County.” 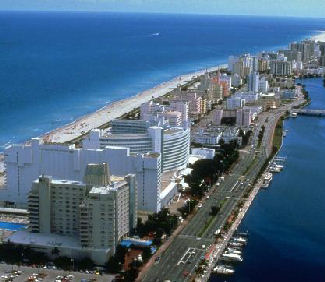 The median price of condos declined 1% during the month on a month-to-month basis, but the median prices of single family homes dropped 8% from a year ago. The decline in values demonstrates that prices on most housing in the Miami area is still declining, despite the increase in sales and low mortgage rates.

Bank owned properties or foreclosures and short sales still compose more than half of all sales in the region, which has suffered from a series of issues in the housing crisis, including excessive over-building of condo developments.

The surge in sales is a positive sign for the market, but doubts persist over a full rebound since foreclosures in the Miami area are near record levels, and vacant properties in default account for a growing supply of inventory that has not yet been listed on the market.

Across Florida, condo sales rose 17% and 3% for single-family homes. U.S. sales of homes, townhomes, condominiums, and co-ops declined 3.8% in May and were down 15.3% from year ago levels, according to the National Association of Realtors.