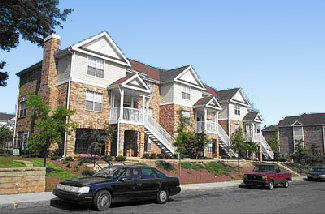 at risk of losing their homes to foreclosure.

PMI Group, Inc. is launching the innovative program with a former Goldman Sachs Banker, who started the program in an effort to get troubled homeowners to stay in their homes by offering financial incentives rather than be foreclosed.

The program will be offered to less than 6,000 PMI mortgage holders under the company’s pilot test with Loan Value Group, based in Rumson , New Jersey . The program has helped 10,000 homeowners in 40 U S states so far working with bank lending service companies to incentivize homeowners to keep paying mortgages.

The plan is targeted to keep more mortgage holders in their homes and making loan payments, paying eligible borrowers who qualify for the program a cash payment to stay current on their mortgages. “We’re optimistic the program’s innovation will work to help the market,” said PMI spokesman Bill Horning.

Nearly 1 in 3 mortgages or 30% are currently under water, according to Lender Processing Services, a real estate research firm. Estimates indicate that at the current rate more than 40% of all mortgage borrowers will be upside down on their mortgages within 18 to 24 months, triggering millions of additional homeowners to walk away from their homes.

A former Goldman Sachs banker, Frank Pallotta, who was a mortgage banker 21 years launched the program and had hopes of saving 5 to 7 million mortgage borrowers from foreclosure by offering mortgage holders cash money. However, the program has been stalled by snags and the banking industry, which is slow to catch on to change.

PMI is the first major company to announce its participation in the program. Bank servicing companies and other financial institutions taking part in the program do not allow the company to publicly name them in the course of their business dealings.

The same lack of transparency in the banking industry led millions of mortgage borrowers to take out mortgages for more money than they ever would have, had they known Wall Street was selling as many mortgage backed securities as possible to ignite the financial crisis, and the real estate collapse.