A battle is brewing in Washington, D.C. over the fate of America’s biggest money pit, Fannie Mae and Freddie Mac, the nation’s two largest purchasers of home mortgages. The White House is quietly using the two companies as part of its housing rescue plan to cover an unlimited amount of mortgage losses on foreclosed properties at tax payer expense. 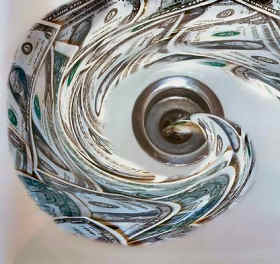 The program is being administered by the Treasury Department as it buys up mortgage-backed securities with little public transparency. The high stakes game over whether the two giant government owned and operated enterprises (GSEs) will be left intact or dismantled is in question.

A hearing scheduled for next week before a Congressional subcommittee that could shed light on the future of the two lending giants was cancelled. Treasury Secretary Timothy Geithner said that the Obama administration will delay any proposal to reform Fannie and Freddie until 2011.

“We want to be sure that as we move to reform the GSEs we are focused on retaining strong market stability in our housing sector,” according Michael Barr Treasury’s assistant secretary for financial institutions. “We cannot rebuild securitization markets on the old infrastructure. We look forward to seeing further reform efforts,” he said.

Rep. Barney Frank (D- Mass.), head of the House Financial Services Committee, scheduled the hearing to examine the two companies, which stock is still publicly traded on the New York Stock Exchange. Fannie and Freddie have lost billions of dollars and have been on government life support for more than two years. Frank said the two troubled government lenders should be eliminated and replaced.

The high stakes game over whether the two should be kept in business at tax payer expense, which essentially nationalizes mortgage lending, or they should be left to die will shape the future of the nation’s mortgage market. More than 80% of all U.S. mortgages written are sold to Fannie and Freddie.

More than a year and a half since the start of the financial crisis rooted in the housing market through dangerously traded derivatives on Wall Street, Congress still hasn’t agreed on financial reform to control the financial instruments that ignited the crisis. The same trading goes on daily in the shadows of Wall Street without government regulations to curtail risks that triggered the crisis.

Fannie and Freddie operate at the direction of the White House, Congress and the Treasury Department and have been given little direction to work with in the future.