A U.S. Senator is asking President Barack Obama to expand his administration’s mortgage relief program. Sherrod Brown (D-Ohio) is the first member of the senate to request an expansion of the $1.5-billion bail-out program to include his home state, which may signal an increase in the plan even before it gets off the ground. 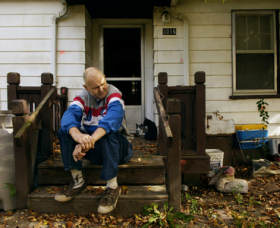 The program was announced by President Obama late last week to provide aid to homeowners at risk of foreclosure, who are having difficulty making their mortgage payments. Brown co-sponsored legislation that provided an extension of the first time home buyers’ tax credit. Only five states, hardest hit by the foreclosure crisis have been targeted to receive aid under the program, California, Florida, Arizona, Nevada and Michigan.

State housing agencies affected by the program are in the process of putting together proposals to submit for aid. The process is expected to take at least a month to apply for the program, and by many estimates aid will begin to roll-out sometime this summer. The program is not designed to help all homeowners at risk of foreclosure, but is another attempt by the Obama administration to aid some of those at risk.

Ohio ranked twelfth in foreclosure notice filings in 2009 with 101,614 properties that were filed against, according to Realty Trac. There are an estimated 155,000 homes either in the foreclosure pipeline or at risk of foreclosure in the state, which ranks Ohio as one of the top seven states in terms of probable foreclosures in 2009. Ohio has been hard hit by the foreclosure epidemic, but has experienced an increase in home sales as a result of lower prices.

The economic downturn has also been crippling to many businesses in Ohio, which have suffered as a result of job losses, especially related to the U.S. auto industry, construction and financials. One out of six mortgage holders are at risk of foreclosure in Ohio, according to Brown.

“I agree with President Obama that we should help those states hit hardest by unemployment and the foreclosure crisis,” Brown said. “But if Ohio doesn’t meet the criteria in the president’s plan, the criteria are wrong. Decline in home prices should not be a deciding factor as that seems to tilt relief to the states with the most speculation.”

Brown previously requested improvements be made to the home modification program, designed to encourage banks to adjust home mortgages to prevent foreclosures. The program has received heavy criticism as a result of only helping 116,000 homeowners receive modifications. Ohio has had a success rate of less than 8% of all mortgages that have been reviewed to be modified.

House Representative Dennis Kucinich (D-Ohio) has also asked the Obama administration to reconsider its decision to include Ohio to receive federal aid. Kucinich, who chairs the House’s domestic policy subcommittee, said he will hold a hearing Thursday seeking answers. A representative of the Treasury Department is expected to attend.