It’s no secret homes cost less to buy these days. But one of the oldest affordability indexes in the industry is at the lowest level in its history. As home prices decline in the majority of markets, affordability is increasing for wannabe homeowners at near record levels. 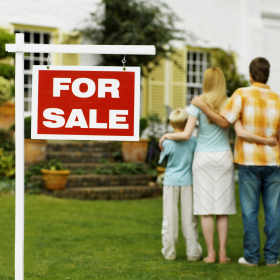 Bolstered by low mortgage rates and lower home prices the National Association of Home Builders index finished 2009 at the highest level in its 18 year history. The index showed 70.8% of all new and existing homes sold in the final quarter of the year were affordable to families earning the median income of $64,000.

However, growing affordability in housing prices may also be a harbinger of things to come as government incentives are removed in the months ahead, including the expiration of tax credits to purchase a home.

Indianapolis, Indiana claimed the most affordable housing market in the nation, a position it’s held for four and a half years. More than 95% of all homes sold in Indianapolis were affordable to buyers earning the area’s median income.

The Detroit, Michigan area, Dayton, Youngstown, and Akron, Ohio also achieved top spots as the builder’s most affordable markets. Ohio has experienced a surge in home buying activity and housing inflation due to a high rate of foreclosures that are selling at bargain prices as bankers slash home prices to sell-off inventory.

Financial markets on Wall Street and hefty bonuses paid to Wall Street executives are holding prices up to a point, despite overall deflation in the marketplace.

Tight under-writing mortgage standards are acting as a block to wannabe home buyers in many areas of the country, including New York and California, making it difficult to obtain a home loan. The issue is paving the way for home prices to fall further in many areas. Less than 20% of homes sold in the New York area matched affordability levels for the median income.

A slew of California markets also ranked as least affordable in the index, despite housing deflation that has topped 50% in much of the state since the markets peak. San Francisco, Santa Ana, the greater Los Angeles area, Santa Cruz, the wine country in Napa and Santa Barbara are near the bottom on the affordability index.