Driven by an increase in government backed mortgages, applications for home purchases rose for the third straight week, the Mortgage Bankers Association said in its weekly survey. The seasonally adjusted purchase index increased 1.5% for the week ending July 30 th.

The Market Composite Index, which measures all mortgage application types, also increased a slight 1.3% on a seasonally adjusted basis from the previous week. Government purchase applications, including those for FHA and VA mortgages rose 3.4%. However, conventional mortgage applications were flat. The purchase index is now up 7.1% over the last four weeks, but the index is also down 33.7% from year ago levels. 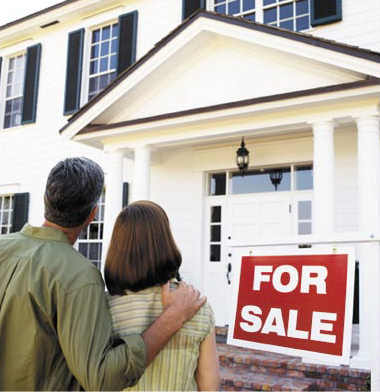 The drop in purchase applications for the year clearly shows a slow down in the purchases of homes from year ago levels, attributed mainly to the expiration of the federal home buyers tax credit, weak consumer confidence and high levels of unemployment. Joblessness runs as high as 30% in some regions of the country, including pockets of  California,  Florida,  South Carolina,  Michigan and  Ohio.

The Mortgage Bankers Association survey accounts for about half of all home mortgages applied for in its weekly survey, and is the industry’s best barometer of mortgage applications made during the week.

The index also showed a drop in the number of homeowners applying to refinance mortgages from the previous week, despite near record low mortgage rates. The share of applications applying for refinances remained flat at 78%.

The average interest rate on a 30-year fixed rate mortgage contracted for was 4.6%, nearly a tenth of one percent lower from the previous week with points increasing to 0.93 from 0.88 for 80% loan-to-value ratio mortgages.

The effective rate also dropped from last week. The average rate on a 15-year fixed rate mortgage also declined nine-hundredths of one percent to 4.03%. It’s the lowest the 15-year contract rate mortgage has been in the history of the survey.