Nearly a majority of respondents to the latest Housing Predictor poll want the federal government to re-institute the federal tax credit for buyers to re-energize the housing market, which has been in as long as a five year downturn in some parts of the country. The new survey found that 48% of all those polled want Congress to do so. 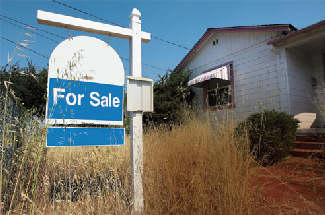 The finding is a significant issue considering that home sales are slowing as a result of the expiration of the tax credit, and that home prices in the majority of the U.S. are declining, and have been in many markets for years.

The survey could also have consequences for members of Congress who hope to retain their seats in the upcoming mid-term election. Other surveys show confidence in Congress ability to legislate is at an all-time low of only 11%.

Another 25% of respondents said that actions should be taken to bulldoze vacant homes that are damaging many neighborhoods in the U.S., particularly in larger metropolitan areas suffering through the foreclosure crisis. Some 19% said the Fed should drop interest rates further in another effort to re-stimulate markets and the remaining 8% said a housing czar should be appointed to handle the housing mess.

What can be done to help the housing mess?