The evidence is piling up and it’s almost amazing to see that the mainstream media, which regurgitates Washington, D.C. propaganda daily, is almost coming around. There are no surprises in government data points and the National Association of Realtors Association pending home index showing that home sales are falling miserably. It all shows that the U.S. is in the worst housing depression in history as we’ve been forecasting for years.

It took nearly four years for homeowners to see their equity wiped out, five in some areas of the country since the downturn started five years ago in Florida first. Even the much maligned ex-Fed double speak expert Alan Greenspan was on TV to site the obvious: “It is possible to have a double dip recession if home prices go down,” he said. 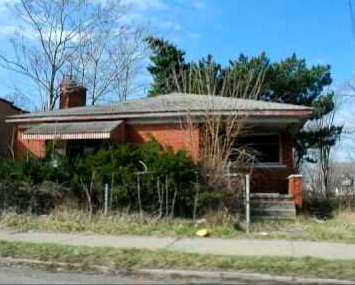 Gee, Greenspan woke up from his slumber. How many years did that take? The MAN who helped keep interest rates at historic lows feeding the housing frenzy is finally coming around. Gee that’s a surprise. Greenspan went on to say on NBC Meet the Press, “If home prices stay stable then I think we will skirt the worst of the housing problem.”

Where the hell has this guy been? Foreclosures are at all-time highs. More people are losing their homes and investment property than in history. People can’t find jobs. There are more people out of work now than at any time in U.S. history simply because of the fact that the population is much higher. It’s doubled since 1965 in the U.S. and businesses are still cutting back.

There are only two reasons companies on Wall Street are citing profits these days for investors: Job cuts and belt tightening. Wall Street has always been its own world and that doesn’t do anything for Main Street, where the majority lives in the “Real World.”

Consumer spending and incomes were stagnant in June, according to the government, putting more pressure on home prices. The U.S. housing market is the biggest market in the world and millions more will be wiped out due to sliding equity ratios, and that means more people will be either forced to leave their homes or will strategically default.

Consumers are saving money and have put much of it in the banks as savings rates reach near record highs. The National Association of Realtors said its seasonally adjusted pending home index dropped 2.6% in June to 75.7%, and it also lowered its May index, indicating that fewer people are buying homes, despite record low mortgage rates.

Now for the really good news— This housing crisis is likely to get much worse since government policymakers are at a loss to come up with a plan to halt the flood of foreclosures hitting the market, and that will keep the overall economy in a tailspin.

By now the White House and Congress should realize that the same bankers and Wall Street types that funded their campaigns did it to line their own pockets and robbed consumers. But they just don’t seem to care to do much about it. How bad will it have to get before they do?