Homeowners behind on their mortgage payments have dropped more than 5% in the last year, according to Lender Processing Services, which tracks mortgages for home lenders. The figure marks an improvement for homeowners suffering through the throws of a weak economy and high unemployment. But while the housing market is troubled nationally, California home sales are bucking the trend.

Driven by a special state tax credit, home sales rose 7% in August in Los Angeles County on a year over year basis. Home prices are also climbing in the Golden State. In Los Angeles prices are up 7.5% over 2009 levels. The federal tax credit is also credited as being one of the fundamental drivers of the market’s improvement coupled with near record low mortgage rates. 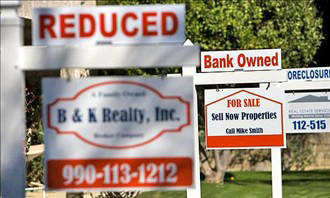 However, the loan delinquency rate, including all mortgages 30 or more days past due stands at 9.22% across the nation with the total number of properties that are a month or more late or in foreclosure at 6,985,000 homes, according to LPS. The company is one of the two largest providers of mortgage data service analytics on the troubled mortgage market to hedge funds, other investors and bankers.

Some 2,038,000 homes are in the foreclosure process. Nevada, Florida, Mississippi, Georgia and Illinois rank as the states with the highest number of troubled properties.

States with the lowest foreclosure rates are those where lenders did not heavily market subprime or mortgages developed by bankers to capture every possible new mortgage buyer without regard to lending criteria. The five states now have some of the strongest regional economies in the nation, Montana, Wyoming, North Dakota, South Dakota and Alaska.

The month over month change in mortgage delinquencies also declined in August 1%, according to LPS data with a lower volume of foreclosures in presale stages. However, the figure contradicts foreclosure figures tabulated by Realty Trac, which showed the highest number of formal foreclosures in its August report on record. High unemployment and a lack of job hiring is contributing to the foreclosure crisis as more companies seeking to improve their bottom lines for investors send jobs overseas.