More Americans think it’s a better idea to put money into a savings or money market account than to buy a home, according to a government backed opinion poll. The finding was determined as part of Fannie Mae’s latest national housing survey, which also found the exact opposite of what a Housing Predictor poll recently found—that the housing market has reached a bottom.

Some 76% of respondents said it would be best to put money into savings, while 67%, the second highest figure, said it is safe to buy a home. More than half of those surveyed or 54% said it would be very difficult or somewhat difficult to get a home mortgage today, down six points from last January. 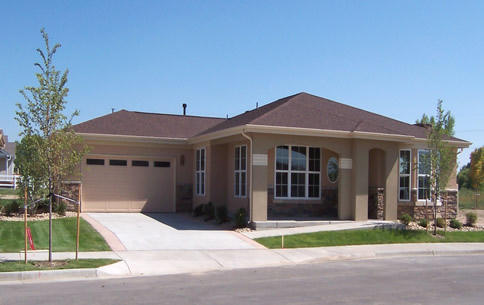 The survey demonstrates that consumers are taking on less risk, and are more uncertain about owning versus renting in light of the foreclosure crisis and resulting real estate crash. The number of those polled who said they would be more likely to rent than buy their next home grew by just 3% in July from last January when the poll was last taken.

Some 22% of mortgage holders said they had reduced their mortgage debt in the last year. Another 27% said they have reduced their non-mortgage debt during the same period in the face of the worst economy since at least the Great Depression. The Fannie Mae National Housing Survey, given to nearly 3,400 Americans shows a mixed view of homeownership developing as millions of homeowners lose homes to foreclosure.

“Although most Americans believe that home prices have bottomed, they are adopting a much more cautious approach toward buying,” said Doug Duncan, Fannie Mae Chief Economist. “Homeowners and renters alike continue to be wary of taking on risk, and they are less confident in the long-term outlook for housing.”

Some 47% of the same group of respondents said that home prices will hold steady in the next year. Some 31% said they believe housing values will increase over the next year. Apparently the same number of respondents don’t watch the news on TV or keep up with current events. Across the general population, the average expected rise in rental prices is four times that of home values, expecting a 3.6% rise in rentals.

The same survey also showed that a whopping 70% said it is a good time to buy a home. But only 33% were willing to put their money where their mouth is saying they are more likely to rent their next home if they were to move than to buy as weak consumer confidence and high unemployment hampers any real sort of real economic recovery.