Mortgage fraud loan originations are estimated to decline nearly 40% in 2011 from $12-billion in damages to the U.S. economy last year, The index remained flat from the first quarter of 2010 through the beginning of 2011, dropping more than 28% since reaching its peak in 2007. The index represents the collective level of fraud risk the mortgage lending industry experiences during each quarter.

The Federal Bureau of Investigation says that loan fraud has been at epidemic levels in the U.S. for years, despite increasing law enforcement investigations and procedures to combat the criminal activity. Loan fraud can range from an applicant lying on a mortgage application about income or employment to loan originators’ providing false information to qualify applicants for a home loan. 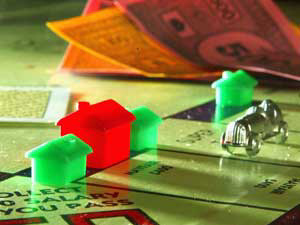 More than 3,000 homeowners, mortgage originators, real estate agents, mortgage brokers and appraisers have been prosecuted in the past three years across the U.S. on charges related to fraud, most of which arose out of the real estate bubble.

“Although our data shows the overall fraud rate has been relatively flat over the last few quarters, new fraud schemes are constantly evolving to infiltrate weaknesses and vulnerabilities in lenders’ fraud prevention programs,” said Tim Grace, vice president of analytics at CoreLogic.

The riskiest areas of the country for fraud related mortgage originations are Chicago, IL, Washington, D.C., Brooklyn, N.Y. and Atlanta, GA. The four were determined using the firm’s fraud index where each has a rate at least 30% higher than the national average.