even after the industry lost more than 10,000 jobs in February, according to the Labor Department.

Demand for new regulatory compliance analysts, accountants, internal auditors and financial analysts is expected to drive the hiring binge. The job outlook for the financial industry still looks bleak at present, however, but should improve in 2011, according to industry professionals.

On the loan side, large volume companies, many of which are presently the target of government investigations may be the best prospects for employees looking for work in the mortgage industry. They include GMAC, Bank of America, JP Morgan Chase and the nonprofit Neighborhood Assistance Corporation of America, which helps refinance troubled borrowers.

The U.S. labor market saw unemployment drop to the lowest rate in more than two years Friday to 8.9%, but the figures did little to assist those looking for work after lengthy periods of joblessness. 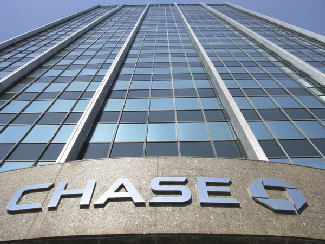 In the banking industry, real estate finance jobs fell by 10,300 in January, the Labor Department reported. Mortgage broker employment dropped to the lowest level in more than eight years in 2010 with just 73,600 brokers across the industry, a decline of 20% for the year.

The drop in mortgage positions is associated with weakness in the industry following the real estate collapse and consumer doubts about the overall economy. Very few wholesale major companies are still in operation fundamentally changing the industry as most banks and mortgage operations hold a tight rein on lending. HSBC, Downey Savings and Mortgage IT closed its wholesale operations nearly three years ago.

The first part of the year, January through March, is usually the best time to find a new job in the mortgage industry after companies determine their hiring budgets for the New Year. Some of the more active companies to do hiring include hedge funds, private equity firms, large investment companies and the federal government. The Federal Housing Finance Agency started by the Obama administration is looking for new personnel.

The weakened secondary market had nonprime mortgage originators looking for business to be sold to Fannie Mae and Freddie Mac, but the two government backed giants are likely to ease the volume of mortgages they purchase in coming months.