For the second week in a row mortgage rates climbed higher as bank foreclosures hit a new milestone, according to Freddie Mac. The average interest rate for a 30 year fixed rate mortgage ticked higher by two-one-hundredths of a percent to 4.37% for the week.

The rise in rates may signal an end to the lowest mortgage rates since Freddie Mac has been tracking the highly watched indicator of the housing market. Three weeks ago rates hit their lowest level in more than 50 years, resulting in a record number of refinancing applications. 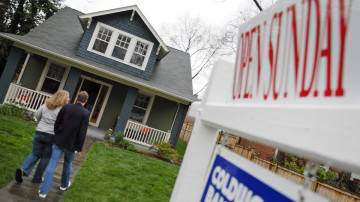 However, the rate on a 15 year fixed rate mortgage declined to 3.82%, a slight .01 under last week. Near record low mortgage rates have done little to drive an increase in home buying activity as consumers remain cautious about the economy with real joblessness above 15% in many areas of the  U.S. and many people concerned about future employment security.

Mortgage rates on a five year adjustable rate loan, declined for the week to 3.55%. A year ago the same loan was at 4.51%.