More than three years after announcing he would launch a federal task force to investigate the mortgage crisis, President Barack Obama has 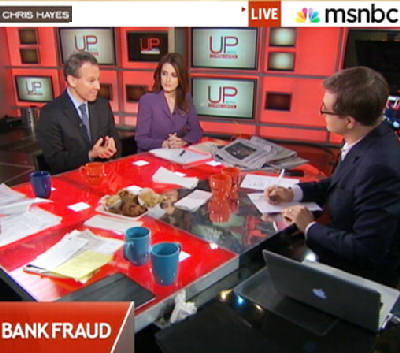 finally launched a federal probe into the U.S. largest financial institutions. New York Attorney General Eric Schneiderman, who pulled his state out of the 50 state robo-signing investigation, sent subpoenas to the largest banks to start the investigation.

The president announced the formation of the task force in his State of the Union address again last week. Schneiderman is being joined by attorney generals from Massachusetts, Delaware, Nevada, Illinois and California in the investigation of mortgage backed securities fraud.

The progressive New York attorney general emphasized on MSNBC’s Chris Hayes Sunday morning talk show that the foreclosure crisis is a serious problem, but the real focus of the investigation is what led up to the massive problem resulting in more than 8-million U.S. foreclosures so far.

“The housing bubble and the crash that brought down the American economy, threw millions of people out of work, and really just exacerbated the gap between the middle class and the wealthy. That was man-made conduct,” Schneiderman said. “This was a man-made disaster. This was not a tidal wave or sunspots.” 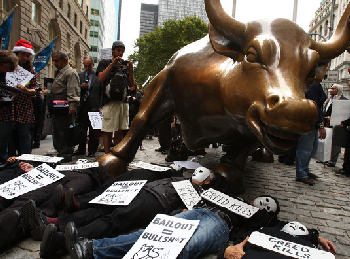 The state attorney general is especially concerned with political ideology that led up to the crisis. “You listen to some of the rhetoric in the presidential campaign on the Republican side. They’re dishing out the same recipe for disaster that just blew up the economy a few years ago.”

The FBI will supply 10 agents and 30 investigators and attorneys will come from other branches of the federal government to join the task force, according to U.S. Attorney General Eric Holder. The Securities and Exchange Commission and the IRS will also join the investigation.

“Over the past three years, we have been aggressively investigating the causes of the financial crisis,” said Holder at a new conference Friday. “And we have learned that much of the conduct that led to the crisis was as the president has said unethical, and in many instances extremely reckless. We also have learned that behavior that is unethical or reckless may not necessarily be criminal.”

However, federal investigators have only been able to prosecute and put four individuals associated with financial fraud cases into prison since starting investigations into securities, bank and investment fraud three years ago.

“We are wasting no time in aggressively pursuing any and all leads. In fact, as part (of) our current investigations, the department recently issued civil subpoenas focusing on issues related to the market for residential mortgage-backed securities to 11 different financial institutions and you can expect more to follow.”