New Urbanism, the revitalization of existing downtowns offering a variety of conveniences and amenities is on the rise. New lifestyle communities provide comfort, luxury, and safety for residents combined with the convenience of nearby shopping, dining and entertainment. 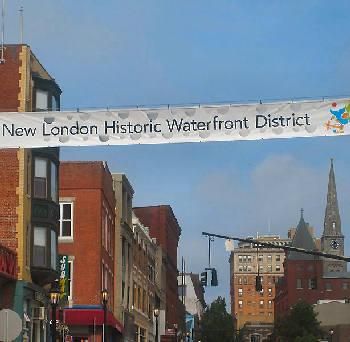 Benefits of New Urbanism include leaving a smaller carbon footprint on the environment. People that live downturn are less likely to need an automobile and are more likely to walk or bike and utilize public transportation. Land in dense urban areas is also more efficiently used than in suburban areas.

Think plowing one driveway of snow utilized by 80 residents in a condominium development vs 40 driveways, each utilized by only 2 people.

The urban living lifestyle has proven popular nationally with young professionals such as in Boston’s revitalized downtown, where local residents often walk to work. New developments are also popular as second homes for people without young families. For older people, it makes sense for those seeking a vacation home with fewer responsibilities.

Metropolitan lifestyle communities are often located near major universities, perfect for those returning to higher education or pursuing an academic past-time. In most communities, the investment in revitalization is contagious, and it can be more affordable than living outside the city.

New London, Connecticut is an example of New Urbanism on the rise. New London is the regional capital of Southeastern Connecticut. As a Historic Waterfront District, it’s a hub of creative energy, giving the seaport city a Top Ten ranking among communities its size in America. Art, music, design venues, one-of-a-kind boutiques and 30 eateries populate the 26-block National Register Historic District. 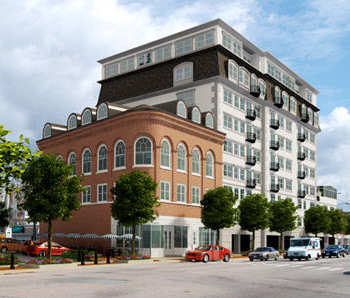 New London Harbour Towers offers amenities for the home buyer looking to locate in an urban setting with a neighborhood feel.

Three towers incorporate the historic four-story Esposito Building, which was originally built in 1892. Two years ago, fifty foot long steel pilings were driven into the ground to initiate construction, and a year ago the new steel and concrete building core was delivered.

Along the way, the facade of the historical “Boston Store” from the 1890s was uncovered. Bank notes from the 1890s, which were issued by surrounding towns, were discovered during reconstruction.

The development offers luxury residences with resort-like amenities in the heart of New London’s Historic Waterfront District. All residences come with their own climate controlled storage unit and the property includes a recreational deck complete with a solar heated pool and spa, a full exercise facility, pub-style community room with TV’s, and a private movie theater with stadium seating.