Housing deflation is slowing from its record pace in the majority of the worst hit markets, according to a new report by Housing Predictor. The financial crisis turned the housing market into a mess, but stabilizing factors in many areas are demonstrating improvements.

After nearly five years of record setting housing appreciation, followed by the highest number of 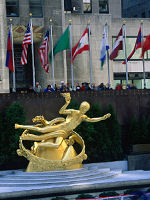 foreclosures in U.S. history housing prices are falling slower. Miami, Florida as forecast turned into ground zero in the nation’s real estate bust, followed by markets in California’s Inland Empire, where the inventory of homes for sale has dropped due to a lack of foreclosures.

California is the hardest hit state in falling home values in the nation followed by the other Sunshine State, Florida, where the foreclosure market and other bank distress sales account for the majority of sales. Prices aren’t falling at as fast of a rate in Orlando or Miami, where bankers are selling off homes and condos at bargain prices.

A bill in the U.S. Senate to extend the first time home buyers tax credit and expand it should provide a measure of relief for the troubled housing market.

After four years of declining home values in many areas of the country, markets are showing signs of improving. Rebounds are typical of the cyclical nature of real estate. But since Wall Street developed new products to artificially inflate markets with mortgage lenders, the recovery is widely anticipated to take much longer than others.

Foreclosures could top 25-million homes and other properties in the U.S. if government officials don’t take drastic action to reduce the impact of the foreclosure epidemic, according to a new report by Housing Predictor.

The real estate research firm was the first to forecast the foreclosure epidemic that would trigger the worst economic turmoil since the Great Depression. Read the new full analysis at Housing Predictor dot com.

In a new Housing Predictor survey nearly 1 in 3 mortgage holders say they will walk away from their homes if housing prices continue to fall. The action would leave bankers on the hook for trillions of dollars in unpaid mortgages and send the U.S. economy into a worsening financial crisis. It would also result in the highest number of renters in the U.S. housing market in decades.

The online poll found similar results when it asked the same question last March, demonstrating that American homeowners’ attitudes about paying back their mortgages are changing as a result of the financial crisis. Studies indicate that an increasing number of consumers are paying down credit cards and other lines of credit not related to real estate before their mortgages.

Consumers are also saving more in light of the economic turmoil. However, home sales are also showing signs of improving in many especially hard hit areas of the country with the assistance of first time home buyers incentives.

Foreclosures compose the majority of home and condo sales nationally. Nearly 6-million additional Option Arm adjustable rate mortgages will reset through 2010 and more than three-quarters will not be able to be refinanced under current mortgage guidelines. As a consequence, millions of more homes will go into foreclosure and provide a growing inventory of property for sale at bargain prices.

Housing Predictor forecasts more than 250 local housing markets in all 50 states. Check your market forecast, get the full details on the foreclosure epidemic and search foreclosures at https://housingpredictor.com

Will You Walk Away from Your Mortgage?

Has the manipulation of Wall Street traders and the development of new creative mortgages that have sent millions of homeowners into foreclosure changed attitudes?

The real estate research firm that forecasted the crisis is asking the question that may shed light on the future of the U.S. economy. The new Housing Predictor poll asks, “If your home’s value keeps falling will you walk away from your mortgage?”

Americans have always felt responsible to banks and mortgage companies that made them a loan to buy a home. But from Wall Street to Main Street there’s been a change in attitudes. Major changes are afoot in the way Americans feel about the U.S. banking system and their own financial well being.

Protesters have marched in Washington D.C. and at hundreds of other gatherings around the country in opposition to government actions, including bail-outs of big banks.

Wall Street traders developed new financial instruments to trade mortgage backed securities filling a record supply of home mortgages, and most people didn’t even know what was happening. The securities were made up of subprime mortgages and conventional loans. Nearly two years after the crisis reared its ugly head the same types of securities are being traded again on Wall Street.

The foreclosure epidemic has grown to become the nation’s worst financial disaster since the Great Depression as business failures rise and unemployment grows. Out-bursts against members of Congress at town hall meetings have become regular news as America deals with the worst economy in decades.

Lack of Confidence in Housing

Almost 2 out of 3 people are not feeling better about the state of the U.S. housing market, despite government efforts to improve conditions, according to a new survey. The first time home buyers’ federal tax credit has prompted many new buyers to make purchases, but it clearly has not done enough to defray a lack of confidence.

The survey clearly indicates there needs to be more done to remedy problems in the nation’s housing markets to improve conditions as home values decline in most of the country at nearly unprecedented rates. Full details on the latest Predictor Poll may be found at http://www.HousingPredictor.com

Despite a drop in the number of homes listed for sale from record highs, the majority of housing markets in the U.S. are experiencing the biggest buyers markets in years. The drop in home prices and record volume of foreclosures provided a ready inventory for buyers.

Housing Predictor forecasts more than 250 local housing markets in all 50 states and has updated more than 200 forecasts since issuing its forecasts at the beginning of the year. Sales of bargain priced foreclosures produced a surge in home sales in many areas of the country. Consumers, leading real estate companies, home builders, Wall Street bankers, real estate investors, home owners and many of the country’s largest retailers depend on Housing Predictor forecasts.

Housing Predictor forecasted the foreclosure epidemic would cause the economic recession and regularly conducts Predictor Polls to gauge the pulse of consumers on issues related to real estate.