Demonstrating that markets make erratic movements even in the midst of a decline, pending home sales rose slightly in July over June, according to the National Association of Realtors, while mortgage rates continued their downward slide.

A 30-year fixed rate mortgage declined to 4.32% down .04% from a week ago, according to Freddie Mac. Pending home sales rose 5.2% to 79.4 based on contracts signed in July. Mortgage rates have continued to fall for more than two months as bankers attempt to increase their mortgage lending at the lowest rates they can to gain interest from homeowners shopping for refinancing and new home buyers. 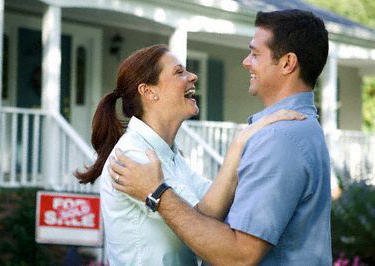 “Home sales will remain soft in the months ahead, but improved affordability conditions should help with a recovery,” said National Association of Realtors economist Lawrence Yun. “But the recovery looks to be a long process. Home buyers over the past year got a great deal, and buyers for the balance of this year have an edge over sellers.

“For those who bought at or near the peak several years ago, particularly in markets experiencing big bubbles, it may take over a decade to fully recover lost equity,” said Yun.

Mortgage rates have been declining for months as yields on Treasurys decline amid U.S. economic weakness and slow summertime stock market activity in terms of the volume of stocks traded. Some of the price gains on Treasurys were lost this week after investor notes retreated to levels during the dark economic days of 2009.

A year ago, a fixed rate 30 year mortgage averaged 5.08%. The rate has equaled or set a lower record rate for 11 weeks driving a surge in refinances as homeowners increasingly decide to stay put to wait out the downturn if they can afford their mortgage payments.