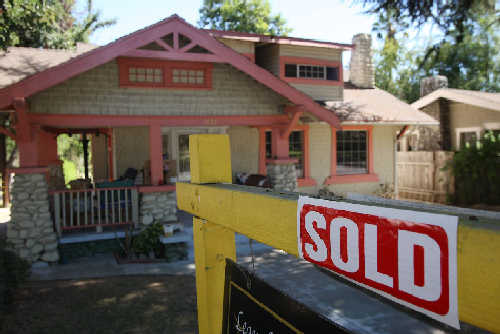 “Purchase applications increased last week reaching the highest level since the end of May,” said Mortgage Bankers economist Michael Fratantoni. “However, purchase activity remains well below levels seen prior to the expiration of the homebuyer tax credit, and is almost 40% below the level recorded one year ago.”

Although applications for refinancing home mortgages showed a decline during the week, the level of refinancing remains close to recent highs as record low fixed rate mortgages continue to draw homeowners to apply. The four week average is up 5% on refinance applications.

The share of refinances compared to total applications, however, declined to 81.9% for the week from 82.9% a week ago. The average contracted interest rate for a fixed rate 30-year mortgage surged to 4.50% from 4.43%, indicating that rates may be moving higher. The average contract rate on a 15 year fixed-rate mortgage also rose to 4% up from 3.88%.

Mortgage rates have remained below 5% for nearly a year as the Federal Reserve holds its key lending rate at or below .25% to lenders. Rates are expected to stay low for an extended period of time as the Fed works to stabilize the economy. However, since mortgage lenders set interest rates for home mortgages on their own, the slight tick upward in rates this last week could signal a bottom in the market, which only time can tell for certain. The average interest rate on a one year adjustable rate mortgage also rose to 7% from 6.95% a week ago.