A large majority of those surveyed expect the economic downturn to result in riots in the U.S. as factions so desperate for better times vent 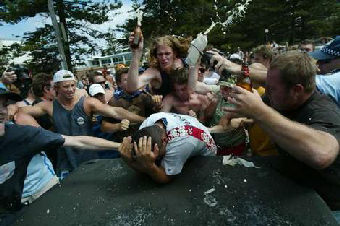 their anger in violence, according to a Housing Predictor poll that was just completed.

High unemployment has sent an estimated 45-million Americans to the job line, and millions of others are under employed unable to pay all their bills, including millions who are unable to pay their mortgages. The crisis has split the nation into a growing country of haves and have-nots, all but eliminating the middle class. The foreclosure crisis, first forecast by Housing Predictor nearly five years ago has evicted an estimated 7.6-million families from their homes.

The poor now make up a growing segment of the U.S. population as more and more Americans are unable to find work. Two out of three surveyed during the two weeks Housing Predictor asked, “Will the U.S. see major riots like other places in the world due to economic turmoil?” 66% said that the country would. That’s roughly 2 out of 3 who responded to the poll.

Only 1 out of 3 or 34% said they believed the country would not experience riots. Police departments at the local, state and federal levels have been preparing for violent out-breaks as a result of the economic downturn for years. Isolated out-breaks have already seen an increase in places like New York City, Chicago and Pittsburgh, where gun shootings are on the rise. 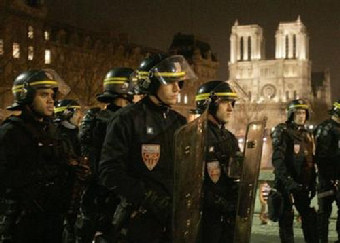 As millions of additional homeowners are forced from their homes because of foreclosures, the probability of violence in many hard hit areas of the country only seems like it will develop in a matter of time as more Americans suffer as a result of decisions made by banks, Wall Street and politicians elected to right the wrongs of their predecessors.

Home prices in the majority of the U.S. are declining as a result of the foreclosure crisis because of high unemployment and tight economic times. Foreclosures are pressuring home values in most of the country, and the hardest hit areas have seen values go down by more than 70% in many neighborhoods from the peak of the market.

Will the U.S. see major riots like other places in the world due to economic turmoil?