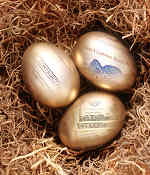 Born from an economy in chaos, a new American economic system is developing these days. The old American entrepreneurial spirit still drives the U.S.A.

The U.S. financial crisis spurred by the foreclosure epidemic led to the world global recession. As businesses close their doors and fail at alarmingly high rates, families lose homes in unprecedented numbers and the bankers get bailed out, in some places a resurgence is beginning to take hold. For some it is because they are out of work and desperate, while others seek a better quality of life.

More than three years ago when Housing Predictor forecast the foreclosure epidemic and issued its first forecast on the subject, “Real Estate Bomb to Drop” it hardly went noticed. Today we receive hundreds of emails and other correspondence wanting the answer to the big question, “When are we going to get out of this mess?”

The over-riding spirit of the American entrepreneurship is finally entering its long awaited journey  the space age technological changes that all of us have heard about since childhood, and it’s going to make for some gargantuan changes in the way we interact and do things.

The plans for this monumental change have been setting up for years with major companies like Microsoft, IBM, Google and so many other high-tech companies the list is hard to contain. E-commerce is enjoying growth, despite the downturn in the economy as consumers go more and more to shop on the Internet to find the best deals. The Information Highway has gained acceptance. Technological growth is at 10% for the year, despite the riddled economy.

Ushered in by the credit crisis and the need to save, America’s new economy has arrived. The excesses of living on credit cards and on artificial appreciation manipulated by the banking system have proven to be failures as credit card companies slash limits and banks recall second mortgages and lines of credit.

Academically, the sides are divided into two schools of thought. The battle has been raging for dominance ever since world economies developed. The Keynesians contend capitalism leads to radical accumulation of capital (i.e. Junk we really don’t need). The Friedmansians say capitalism should be left alone to grow to whatever level it may reach. (i.e. mortgages made to everyone and anyone just to make a buck).

The transition America’s new economy is now making is ushered in by the spirit of change that President Obama promised he would deliver running for president. The battle to resist unbridled change brews from the corridors in the nation’s capitol to every small town in America as people resist or lack the understanding of this monumental shift. Change is something that most people resist, if not for any reason other than the fear of the unknown. There is little comfort or security in times of change.

What does all this have to do with real estate? America has finally learned that real estate is not only part of the American dream, but is the largest single sector of the U.S. economy with more than $17-trillion in mortgage debt even today after trillions have eroded when the bubble popped. Real estate related industries employee or provide livings for at least 28% of the nation’s work force, and residential real estate historically signals the economic future nine months to a year and a half ahead of the overall economy.

Housing markets will recover as we move into this highly technologically driven economy at an increasingly rapid pace. Some people will have problems adapting to the new age. The government will supply jobs though bail outs to support some for a while and others will adjust by advancing their education or changing to new lines of work like the government’s sponsored expansion of broadband. The American spirit will foster advancement and change more than we have ever seen to accommodate the space age technological revolution.

Many people will be forced to make a choice between choosing to be a part of it or be left behind in a culture that will grow a new economy from the fallout of failures.