Short sales were hardly ever heard of before the real estate collapse, but these days bank assisted short sales, 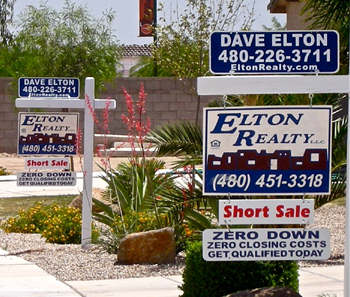 in which lenders take less than what is owed on a mortgage are failing on at least 40% of those attempted, according to a Realtors organization.

In a letter published in seven California newspapers, Realtor state president Beth Peerce blames mortgage servicers for delaying short sales in an effort to create foreclosures so mortgage servicing companies can make larger profits. Almost 7-million homes have been foreclosed since the U.S. foreclosure crisis began, and another 9.5-million are forecast to be formally repossessed by Housing Predictor before the crisis wanes.

Peerce is asking the government to intervene. “We’re focusing the spotlight on short sales and calling in regulators, elected officials, non-profits, business organizations, companies and individuals with a stake in California’s economic future to resolve this issue,” Peerce wrote in the letter. “It won’t be easy and some compromises will be required.”

Peerce says complications with borrowers, multiple mortgages on the same property such as second lines of credit and other issues are creating a massive mess of the short sale process. The Obama administration has asked banks and mortgage servicing companies to voluntarily become more cooperative with homeowners at risk of losing their homes to foreclosure with short sales, but has not made it a requirement of lenders. 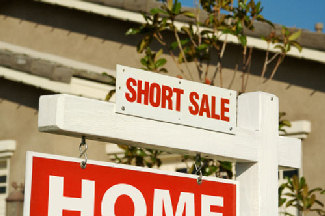 Those short sales that are closing are selling homes for close to 20% less than surrounding properties, according to industry studies, while bank owned properties or REOs are selling for even less.

The practice was rare when real estate markets were more stable, but have become commonplace since the real estate bubble collapsed over the last four years. Mortgage holders prefer short sales as a way of selling their home when they are forced to, and suffering less of a penalty on their credit report.

However, mortgage servicing companies collect additional fees for attempting to collect on mortgages that are in default, including high debt collection fees, extra fees for property inspections and other costs that range into thousands of dollars.