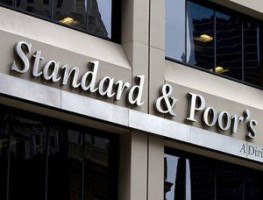 ortgage interest rates had little immediate change as a result of Standard & Poor’s credit agency downgrading the U.S. economy for the first time in the nation’s history since the announcement was made after banks and financial markets were closed Friday.

S&P announced the credit downgrade from AAA to AA+ Friday evening. Standard & Poor’s said that it lowered its long term sovereign credit rating as a result of Republicans and Democrats in Congress being unable to agree to make enough major financial cuts in the U.S. budget. The company’s outlook on the long term rating is also negative.

“Although in our view the credit standing of the U.S. government has deteriorated modestly, we see little indication that official interference of this kind is entering onto the policy agenda of either Congress or the Administration,” S&P said in a statement.

The S&P credit downgrade wasn’t unexpected by the White House or financial markets, which had been warned by the credit agency that the nation’s credit standing was under review. The company, one of three major credit rating agencies providing advice to investors, has made a major step to restore confidence in its company with financial investors by downgrading the government’s credit standing.

All three major credit rating agencies, S&P, Moody’s and Fitch missed calls on securities related to the real estate crash, first on the subprime market and then on mortgage backed securities that were sold on Wall Street to back up the sales of trillions of dollars in now failed U.S. mortgages.

The failures have become major issues for the credit rating agencies to overcome, especially with Housing Predictor forecasting the foreclosure crisis more than four years ago, long before the financial crisis reached its brink on Wall Street. (See Latest Foreclosure Forecast Update) 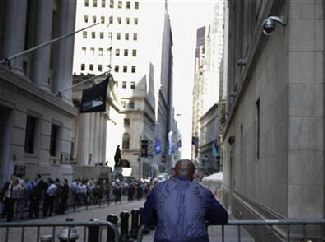 S&P becomes the first major credit rating agency to downgrade the nation’s credit standing in U.S. history. The unprecedented move is expected to send mortgage rates, and interest rates charged on other bank loans, including those on cars and adjustable rate lines of credit charged to businesses and credit cards higher.

Moody’s and Fitch announced late last week that they would not be making any change in the U.S. credit rating for the time being. The announcements came after Congress reached an agreement after weeks of partisan bickering to extend the nation’s budget to pay the government’s bills.

“We lowered our long-term rating on the U.S. because we believe that the prolonged controversy over raising the statutory debt ceiling and the related fiscal policy debate indicate that further near-term progress containing the growth in public spending, especially on entitlements, or on reaching an agreement on raising revenues is less likely than we previously assumed and will remain a contentious and fitful process,” S&P said.

“We also believe that the fiscal consolidation plan that Congress and the Administration agreed to this week falls short of the amount that we believe is necessary to stabilize the general government debt burden by the middle of the decade.

“Our lowering of the rating was prompted by our view on the rising public debt burden and our perception of greater policymaking uncertainty (Congress), consistent with our criteria. Nevertheless, we view the U.S. federal government’s other economic, external, and monetary credit attributes, which form the basis for the sovereign rating, as broadly unchanged.

“The political brinksmanship of recent months highlights what we see as America’s governance and policymaking becoming less stable, less effective, and less predictable than what we previously believed. The statutory debt ceiling and the threat of default have become political bargaining chips in the debate over fiscal policy. Despite this year’s wide-ranging debate, in our view, the differences between political parties have proven to be extraordinarily difficult to bridge, and, as we see it, the resulting agreement fell well short of the comprehensive fiscal consolidation program that some proponents had envisaged until quite recently.

“Republicans and Democrats have only been able to agree to relatively modest savings on discretionary spending while delegating to the Select Committee decisions on more comprehensive measures. It appears that for now, new revenues have dropped down on the menu of policy options. In addition, the plan envisions only minor policy changes on Medicare and little change in other entitlements, the containment of which we and most other independent observers regard as key to long-term fiscal sustainability.

“Our opinion is that elected officials remain wary of tackling the structural issues required to effectively address the rising U.S. public debt burden in a manner consistent with a ‘AAA’ rating and with ‘AAA’ rated sovereign peers.”