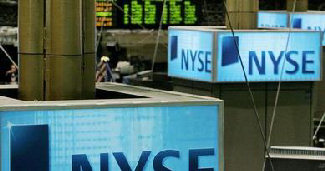 The drop in the highly watched stock market index was the worst in more than two months and came on weakness in U.S. manufacturing, down grades on Greece’s debt, further weakness in the Case-Shiller 20-market metropolitan housing market index and another decline in Treasuries, which hit less than 3% on the 10-year note.

The Case-Shiller index showed a 4.2% average decline in home prices during the first quarter of the year, which represents just 20 markets the index follows. Housing Predictor tracks more than 230 U.S. housing markets and the over-whelming majority of the nation is still on decline in home values. However, home sales, which typically grow at a faster pace prior to a market recovery are improving in most regions.

The decline in home prices during the first quarter of the year was forecast by Housing Predictor at the beginning of the year as were higher home sales. The rise in home sales should become most significant during the summer months as better weather conditions, near record low mortgage rates and lower home prices attract many home buyers back to the market to make purchases. 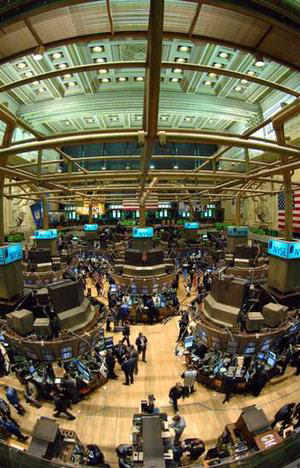 A constrain, however, in mortgage lending conditions and rising foreclosures weaken housing economic conditions for the year. Homeowners who are able to sell their homes and move to another neighborhood or state for a new job or for other reasons are having difficulty as they face tight market conditions.

Real estate markets typically foreshadow declines in the stock market and the greater U.S. economy, happening nine months to a year and a half before changes in the stock market develop. Since real estate and construction represents more than a third of all U.S. economic activity, including associated industries like home furnishings, developments in the broader market indicate changes in a variety of attached industries.

The decline Wednesday in the Dow is likely a precursor for financial market conditions this summer, according to housing analysts, who attribute the rise in the stock market over the past two years to quantitative easing by the Federal Reserve. QE2 is scheduled to end at the end of June.

Political will for a third round of quantitative easing may not be supplied by members of Congress, who are divided along party lines debating the nation’s economic direction. But there are several other areas that the Fed can act on to supply further stimulus to the economy, and the Fed has said several times that if the nation’s economy slumps as a result of pulling the plug on quantitative easing they could quickly act to reinstitute needed fiscal actions.