The political winds that got the U.S. into the financial mess 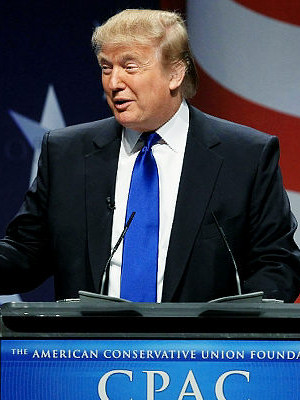 may actually have a chance to change. Donald Trump has all but announced he’s running for president. The real estate mogul is starting to work the TV talk show circuit in preparation for a June announcement that he will compete against Barack Obama for the White House.

But how tough can the gruff talking, yet affable Trump really be to get anything done in Washington, D.C.? He’s given political donations to both parties, which shows he already works both sides of the isle. He’s a slick talking Super-salesman, and he’s got money, lots of money. He’s a billionaire, despite bankruptcies in gambling businesses and others over the years.

He might be good. “The Donald” may actually get something significant done. No wait a minute! Didn’t we as a nation think that before? The criminals have taken over the asylum. (Oh no, sorry got that confused with an old movie!) We’re currently in the worst shape as a country since the U.S. was formed. Even Trump says our big cities are “like Third World” nations.

On Pier Morgan’s show on CNN Trump said any official announcement for a run at the presidency wouldn’t be made until June, which would give his handlers enough time to prepare a full blown campaign. Trump said just about everything else in preparation for a run at the office, including, “I’m a very good Republican,” insuring followers his candidacy would be for a major political party. That means he’d receive financial support from the Grand Old party, which is desperate for a viable candidate for the presidency.

However, the old guard with the Republican party may not look kindly at the fact that Trump has made donations to Democrats, including $10,000 to the New York State Democratic Committee last year, $2,400 to Nevada Senator Harry Reid for his re-election campaign and New York Senator Chuck Schumer.

Trump realizes better than most that politics is all about a popularity contest, and his star couldn’t have shined brighter than for the NBC TV show the Apprentice in preparation for his run. The show gave him the recognition with a younger audience he needed to get on the ballot. It was an effort to overcome a poor showing he had in a Gallup poll four years ago when 47% of those surveyed said they had an unfavorable view of the billionaire.

By winning over the TV audience and becoming famous for saying, “You’re fired,” could have Trump somehow become more likeable? Probably not, but maybe, just maybe that’s what we need in a president. If Donald Trump truly runs for president it’ll be good for the economy anyway since he says he’ll use a lot of his own money.