at helping upside down mortgage holders at risk of losing their homes nearly a half a year after the program went into effect.

There have been just 40 U.S. homeowners helped by the FHA short refinancing program as of January 28th, according to Lemar Wooley of the Department of Housing and Urban Development.

California Senator Barbara Boxer, a Democrat, introduced a bill that would transform the program to remove refinancing limits on underwater homes. The lawmaker’s bill would help homeowners who lack equity in their homes but continue to make mortgage payments on time whose homes have deflated in value.

Boxer says the current program is unworkable because homeowners must pay high risk fees upfront ranging up to 2% of the current loan amount. The program also requires participants to have a current appraised value that does not exceed 115% of their combined mortgages, including any secondary financing on a property. Almost all homes severely impacted by the real estate crash would be excluded from the program under present guidelines as a result of declining home prices.

Background: See More on When Underwater Program was Launched

“At a time when millions of Americans have been forced out of their homes, this legislation will ensure that homeowners who make their payments on time will be able to refinance their mortgages at current low rates so they can stay in their homes,” said Boxer.

About 1.8 million homeowners have been served with foreclosure notices since the program was announced by the FHA last August, according to RealtyTrac. 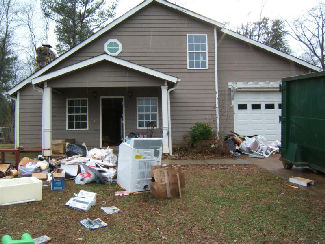 Banks and other mortgage lenders are not required to participate in the program, which is on only a voluntary basis.

Homeowners whose mortgages exceed current guidelines are routinely rejected for the program since most banks require homeowners to have equity in their homes to refinance in the neighborhood of 20%.

Homeowners who are out of work or underemployed in the 18 states designated for additional federal funding through the Hardest Hit Fund may receive additional help to make mortgage payments. To qualify mortgage holders must demonstrate financial hardship that puts a mortgage in imminent danger of default.