More than one out of four homes in the U.S. with a mortgage is in or near negative equity as the nation is flooded in underwater homes, 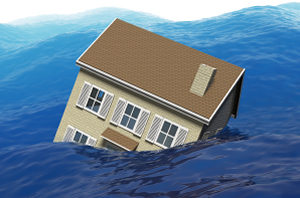 according to a major real estate research firm. The data indicates a declining number of homeowners with mortgages that are upside down on their homes or owe more than their properties are worth in the current market as home values decline in the majority of the country.

Data released by Core Logic indicates that 11.1-million residential properties were in negative equity at the end of 2010, representing 23.1% of homes, an increase from 10.8-million at the end of the previous quarter.

Another 2.4-million mortgage borrowers had less than five percent equity in the fourth quarter. Combined the underwater homes, and near negative equity homeowners’ account for 27.9% of residential properties with a mortgage in the U.S.

Hard hit Nevada, which has had the highest number of foreclosures on a per-capita basis for more than two and a half years also, had the highest negative equity with 65% of its mortgaged homes underwater. Nevada was the subprime mortgage capital during the real estate boom, and now retains the highest average loan to value average at 118%. 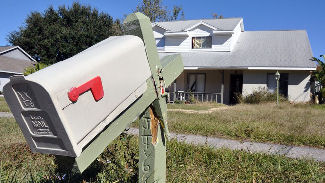 Arizona came in second with 51% of its homes underwater, according to Core Logic. Phoenix had the highest median home price in the U.S. for any metropolitan area during the real estate boom, and now has the second highest loan to value rate in the country with 95%. The high level of home mortgage debt makes Arizona homeowners the second highest mortgaged state in the country and most likely to endure a high volume of homeowners that will opt to walk away from their homes in coming months and years.

However, loan to value underwater rates vary substantially from state to state, and seems to be based at least to some degree on higher home prices. California has a higher share of mortgage borrowers with 60% or less LTV compared to Texas, where homes are less expensive even though California has a negative equity share three times higher than Texas.