The White House is considering additional measures to slow the foreclosure crisis and aid homeowners, 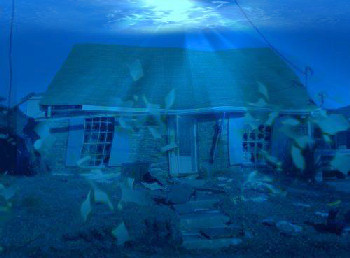 including a proposal that would allow underwater homeowners to refinance mortgages, despite a lack of equity in their homes.

As many as two million underwater homeowners could be helped under the proposal, which was first offered by California Democratic Senator Barbara Boxer. The effort would remove barriers that have halted millions of upside down homeowners from refinancing, and save many additional homeowners from foreclosure.

The provision would remove refinancing limits on homes that are upside down on mortgages or owe more than their home’s current value. The bill gained momentum when a Republican Senator joined Boxer as a co-sponsor. Senator Johnny Isakson (R-GA), who ran one of the country’s largest independent real estate brokerages, joined Boxer to sponsor the proposal in Congress.

“I am extremely pleased that the Boxer-Isakson legislation is gaining support in Washington as it has throughout the country,” said Boxer. 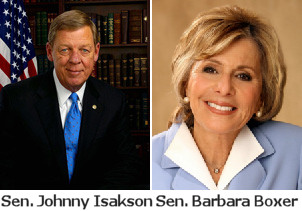 In the correspondence the lawmaker said she appreciated DeMarco’s comments indicating that he is “open to all ideas that provide needed assistance to borrowers,” urging the director to enact the underwater refinancing provision as part of the Obama administration as quickly as possible.

Boxer expressed in the letter that her proposal provides a “dual benefit” of saving Fannie and Freddie money “and boosting the economy by giving responsible homeowners who deserve a break, but are stuck with high interest rates more money to spend in their communities.”

The California lawmaker has called her legislation a “no brainer” and a “win-win.” Financial experts say the measure would aid homeowners stuck with high interest rates, making their homes more affordable allowing them to spend more money in their communities to stimulate the economy.

• Eliminate risk-based fees on loans for which Fannie and Freddie already bear the risk;

• Make it easier for borrowers with second mortgages to participate in refinancing programs; and

• Require that borrowers are able to receive a fair interest rate, comparable to that received by any other borrowers in good standing who have not suffered a drop in home value and have stayed current with their mortgage payments.