A new proposal made by a Florida member of the U.S. House of Representatives would waive federal income taxes on retirement plans if the proceeds were used to buy a home that was foreclosed. 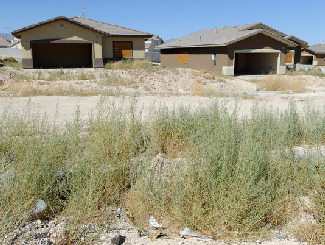 The bill, offered by Representative Bill Posey (R-FL), a Realtor has made the resolution as part of the Housing Recovery Act of 2011, and it has been referred to the Ways and Means Committee for consideration. The effort would make tax penalties a thing of the past under special circumstances when holders of retirement account plans withdraw proceeds to use the money to buy property.

The home would have to be in foreclosure for a year or more in a move that would aid the housing market to recover from the hardest decline in U.S. history. Coupled with President Barack Obama’s housing recovery efforts, the bill is intended to promote home purchases for both owner occupants and investors, but under the proposal buyers would have to agree to hold on to the property for at least two years.

The bill would waive taxes on qualifying Roth IRAs, 401-k plans and pension retirement funds related to accounts tied to businesses. The proposal, which must be approved by the full Congress before it becomes law, calls for proceeds from a qualifying account to be spent on a property within 120 days from the time the funds are withdrawn. 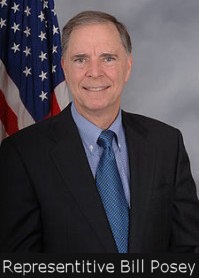 Posey has been an active member of the House, specializing in real estate related matters as the founder of a Florida real estate brokerage. The foreclosure crisis has cost the U.S. economy billions of dollars in damage since it began more than four years ago, reducing the level of taxes local communities are funded with and is likely to be the worst economic crisis in U.S. history.

More than a total of 16-million homes are forecast to be foreclosed by Housing Predictor. Figures indicate that 7-million properties have been foreclosed so far. Lenders foreclosed on 215,046 U.S. properties in the first quarter of the year, a 6% decline from the last quarter. But total foreclosure notices were reported on 239,795 U.S. properties in March, a 7% increase from the previous month as the crisis sustains its damaging cycle.