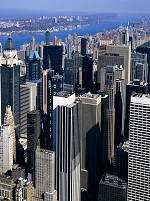 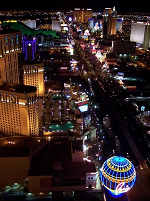 The downward spiral in housing markets is showing signs of improving in many areas of the country as home sales rise, but there’s no shortage of double-digit losers in the Worst 25 Housing Markets selected by Housing Predictor in 2009. Without more government assistance don’t expect much more improvement.

Detroit, Michigan takes the #1 position with the worst forecast deflation in 2009. Hundreds of thousands of job layoffs are hurting condo and apartment prices in Manhattan, placing the Big Apple second on the list.

Third is now Grand Rapids, Michigan followed by Phoenix, Arizona where the fallout from the financial crisis is deflating home prices rapidly. Phoenix has been suffering through the housing depression in one of the worst crashes in the nation.

The epidemic of foreclosures is hurting markets especially hard in California and nine other states.

Housing deflation is easing in many areas of the country as home sales rise, including hard hit California, Florida and Nevada. Many of the worst forecast markets will sustain total housing deflation on average of 75%.