Americans are divided on whether the U.S. government should step into help those homeowners who are suffering through foreclosure at no fault of their own, according to a new Predictor poll. The bail-outs of bankers seem to have little impact on the way people feel about homeowners caught in the trap of the financial crisis. 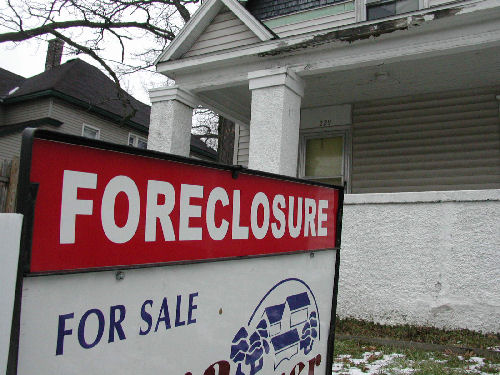 The online survey has a margin of error of 3% to 4% indicating that there is no clear cut way to tell whether Americans feel those suffering at the hands of bankers should receive government aid. The Obama administration has implemented a program, the Hardest Hit Fund, to aid unemployed and under employed mortgage holders to temporarily help make mortgage payments in many of the worst effected markets of the country.

The poll was taken prior to the announcement Friday that Bank of America, the nation’s largest bank would halt foreclosures in all 50 states to investigate the admitted robotic signings of legal paperwork needed to file foreclosures. B of A and other mortgage lenders have admitted to sloppy practices in the foreclosure process. The lenders have been flooded with foreclosures as a result of loose lending practices that allowed just about anyone who could fog a mirror to obtain a loan.

Should the U.S. government step in and bail-out homeowners suffering through foreclosure at no fault of their own?