Mortgage rates hit another record low as a 30-year fixed rate loan dropped to 4.27% last week, according to Freddie Mac, indicating that despite their troubles mortgage lenders are getting more aggressive about making home loans. Rates vary from time to time but have been on a two-year slide as the Federal Reserve keeps its principal lending rate near 0%.

There are no simple solutions behind getting banks and mortgage companies to loosen their grasp on the money supply to make loans on homes, condos, land and other properties. Bankers are holding on tight to the funds they have on balance sheets as foreclosures climb, homeowners walk away from mortgages and their competitors fail in rising numbers. 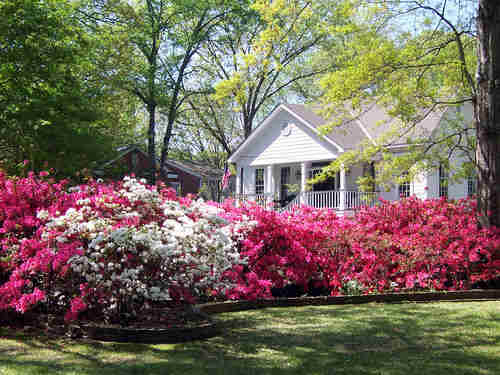 The FDIC has closed down 127 banks so far this year. Few would like to see lenders make the same type of mortgages that resulted in the financial crisis.

Rates vary according to supply and demand, the availability of cash to make loans, prevailing financial market conditions, political pressures and the lenders money supply. Banking analysts adjust interest rates on a daily basis, sometimes hourly keeping keenly aware of the competition. Most analysts expect rates to remain low through at least the end of the year and into the early part of 2011 as economic growth waivers.

Unemployment remains chief among the worries of consumers after the federal government announced a drop in another 95,000 jobs last week. The U.S. economy is under going a seismic shift in terms of restrained growth in employment, which many economists never expect to return to previous levels. Jobs have been cut and sent overseas in a massive shift of cost cutting measures. Fewer workers mean fewer people will be able to buy homes, a trailing factor in the fall-out of the financial crisis.

Rising mortgage rates historically have trailed improving trends. Small rate increases can have a profound effect on the size of a mortgage buyers may qualify for to purchase a home.

“The United States believes that global rebalancing is not progressing as well as needed to avoid threats to the global economic recovery,” Treasury Secretary Tim Geithner told the World Bank Group and International Monetary Fund over the weekend. “Our initial achievements are at risk of being undermined by the limited extent of progress toward more domestic demand-led growth in countries running external surpluses and by the extent of foreign exchange intervention as countries with undervalued currencies lean against appreciation.”

Constrained mortgage lending practices could send home values further lower with a glut of inventory on the market to choose from. However, if rates were to rise appreciably current buyers may still be well placed considering the record low mortgage rates they are paying that result in lower mortgage payments.