Wide ranging investigations into improprieties by U.S. banks and mortgage lenders during the foreclosure process are being conducted in at least seven states, and another 33 states may soon follow suit. Fearing a greater public back lash, politicians who have accepted billions of dollars from mortgage companies and bankers are against foreclosure moratoriums.

The investigations are being carried out by Attorney General Offices for the first time since the Great Depression into foreclosures as a result of flawed paperwork that had been automatically stamped by computers during the lengthy foreclosure process and admissions by lenders’ employees of improper conduct. 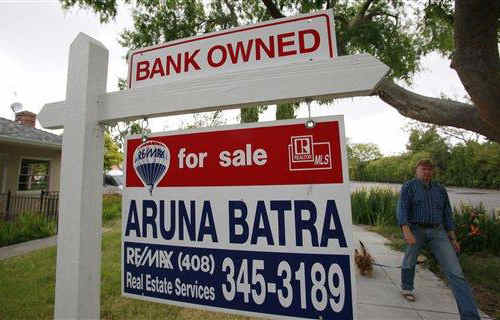 A stamped signature affixed to documents is common practice for attorneys and bank employees handling foreclosure paperwork. But it is customarily the sole responsibility of lending institution’s to handle the legal proof of ownership on properties. The paper-trail proving the legal ownership of millions of homes, condos and land may be in legal jeopardy, which could throw millions of foreclosures into doubt.

The sale of mortgages in at least five states is under review for falsified documentations, according to legal representatives looking into flawed foreclosures. The lenders are being probed for conducting foreclosures that are being thrown out of court in the five states, including Florida, where hundreds of thousands of homes already foreclosed could have clouded titles.

Legal experts say that more than 1-million foreclosures are in jeopardy and that the probe is expected to widen the crisis to investigate millions of other properties.

More than 85% of all home mortgages are sold to Fannie Mae and Freddie Mac, the nation’s two giant sponsored enterprises taken over by federal authorities more than two years ago. Freddie Mac has halted the sale of homes that are REOs held in its inventory, throwing pending sales and listings of properties into chaos, according to Realtors handling the transactions, slowing down any sort of recovery from materializing in the housing market.

More than a third of all residential sales in the last quarter have been foreclosed properties.

“We will stop foreclosure sales until our assessment has been satisfactorily completed,” BofA said in a statement. “Our ongoing assessment shows the basis for our past foreclosure decisions is accurate.”