Credit unions are attracting more business from conventional banks and mortgage lenders in the wake of the financial crisis, as bankers lose customers as a result of loose lending practices and distrust with the foreclosure of millions of homes. 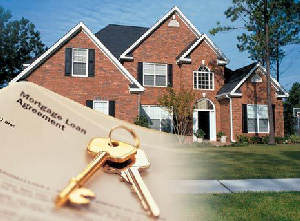 Risky mortgage lending practices, in which many banks turned a blind eye to under-writing  guidelines, and allowed just about anyone to obtain a home mortgage, have resulted in the foreclosures of more than 7-million homeowners. Millions of others are still at risk, despite a series of government and private company efforts to slow the crisis.

The American Credit Union Mortgage Association, the trade group that backs credit union loan origination, is forecasting nearly $1.3-trillion in loan originations for 2010. The forecast is 40% below that of 2009, but still shows a growing trend of mortgages under written by credit unions. 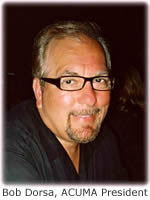 “We realize the fact that the refinance percentage is much lower this year will make our goal a bit more difficult and challenging for the credit union system,” said Bob Dorsa, president of the association.

The organization is forecasting that 4.25% of mortgages will be originated by credit unions. Even though it’s a decline from record numbers in 2009 the figure is significantly higher than in previous years as more mortgage buyers seek transparency in the loans they purchase.

The decline is also expected to be driven by fewer home sales as a result of the expiration of the federal tax credit.

“We will first deal with some of the compliance issues and then move more into identifying and cultivating business opportunities,” said Dorsa.

Credit unions are seeing an increasing percentage of members who distrust banks, and are confused about financial services and products. Current fixed conforming 30 year mortgage rates offered by credit unions are competitive with banks and other mortgage lenders around 5%.

Most credit unions require you to become a member joining their association before you can take advantage of services, but there is usually no cost to involved.

“We will advise you on what products are available and help guide you in making the decision of which option is best suited to your situation,” said a spokesperson for Credit Union Mortgage Service in  Crowne Point,  Indiana. By using an on-line service members can be approved for a mortgage in as little as 24 hours.