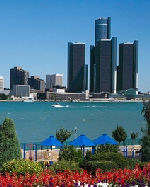 Scrambling to find a bottom, the U.S. real estate market is falling further and further in most areas of the country. Home prices nationally will deflate an average of more than 8% in 2008, according to the Housing Predictor forecast.

The real estate crisis, triggered by an over supply of new creative financing programs and a record level of mortgage fraud is deflating at the fastest clip since at least the Great Depression in an over-whelming majority of the nations housing markets.

This crisis, which not long ago resembled the U.S. Savings and Loan Fraud scandal of the late 1980s has little similarity to S&L failures any longer at all and has become much broader, in scope, affecting more people. A Housing Predictor online survey found that 53% of all Americans surveyed believe the crisis will result in an economic depression.

However, where prices are falling, investors and those looking for opportunity are picking up some of the best priced home and condo purchases in more than a decade. Prices have fallen as much as 50% in many markets from their all-time peaks.

The crisis first exploded in financial markets on Wall Street slightly more than a year ago when investors refused to buy securities to back mortgages and has slowly spread into the conventional mortgage market, and into the overall economy.

Homeowners, unaware that mortgage companies were selling off their loans at record speed are now caught in a web of slowing housing markets throughout the majority of the country. According to one study, more than 25% owe more on their homes than they would be able to sell for today. Only 60 markets of 251 forecast by Housing Predictor are projected to end the year with appreciation. However, two dozen markets are under review and many are expected to be down graded into negative territory in coming weeks.

Congressional lawmakers and other government leaders are at a cross-road over the crisis, and talks are underway on a new effort to help hundreds of thousands of home owners under the threat of foreclosure. Foreclosures are forecast to top 5.6-million through 2011 barring major government action, according to the Housing Predictor forecast.

Government failures at the highest levels from the White House, Department of Treasury, Federal Reserve Board and lack of government over-sight coupled with what the FBI calls an epidemic of mortgage fraud led to the crisis.

Areas where subprime mortgages were abundant in California, Florida, Ohio, Michigan, Arizona and Nevada among other states are suffering the most from fallout of the crisis. But as the spill-over of the financial crisis broadens, housing markets in areas that have had less direct impact are seeing their economies weaken.

An over-riding sentiment has become abundant in most real estate markets with an increasing lack of consumer confidence and doubts that the new White House stimulus plan will aid the economy.

The lack of demand on the part of real estate buyers and uncertainty over the fate of the economy will cause prices to decline further in the over-whelming majority of markets. However, there is a silver lining for some, making it the best buyers market in many places in years for those with the gusto or vision to make decisions in times of uncertainty. Many foreclosures and some re-sale properties are being purchased at 50 to 60 cents on the dollar.