An organization that gained national fame for helping homeowners and businesses in natural disasters, including Hurricane Katrina is offering free aid to 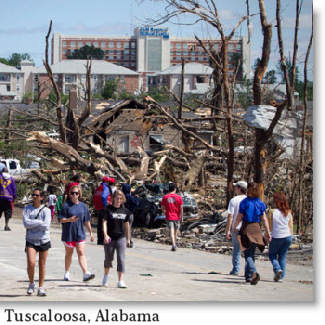 homeowners and businesses that suffered property damage or were destroyed in the series of tornadoes that tore through the south-eastern corridor of the U.S.

America’s Watchdog is coming to the rescue of disaster victims in hurricanes, tornadoes and other natural disasters. Its Homeowners Consumer Center is launching a new effort to aid victims in Alabama, Tennessee, North Carolina and Mississippi who are dealing with insurance claim problems after last months series of tornadoes.

The group was formed after Hurricane Katrina more than five years ago to help homeowners, who had been rejected for insurance pay-offs. America’s Watchdog, which is based in Washington, D.C., represents businesses and homeowners to assist in obtaining fair insurance settlements to repair and rebuild structures damaged in disasters. An estimated 4,800 homes were destroyed in Alabama alone from the tornadoes that slammed the region, according to the latest estimates.

“Every flim-flam artist in the country is descending on Tennessee, North Carolina, Alabama and Mississippi and people have to be careful,” said Tom Martin, director of America’s Watchdog consumer advocate group. “We want to hear from those people, who need help so they don’t get less than what they should and we are willing to do battle at no charge for people who have suffered damages.” 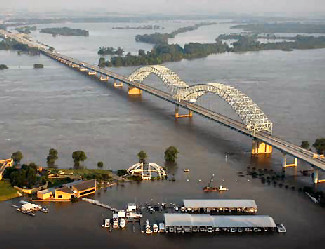 Business owners and homeowners are also entitled to obtain temporary housing costs under most homeowners’ insurance policies for loss or interruption of use. “Somehow lots of insurance companies get amnesia when it comes to compensating victims for these losses,” said Martin. “We’re concerned that this outbreak could be another case similar to Katrina.”

The growing flood waters along the Mississippi River are also likely to trigger additional disasters as floodwaters move into communities in Mississippi and Louisiana. “We want to hear from any homeowner, business owner or even vehicle owner, if after paying for insurance, they all of a sudden have no coverage, or they have had their insurance claim denied.”