The housing market has been artificially manipulated for decades. When the Federal Reserve began setting the prime interest rate in 1947 the Fed intentionally or unintentionally started tinkering with housing prices. Since then there has been no “free market” in mortgage rates. Forget political differences and agendas. The prime rate is the most widely used benchmark to set home mortgages, equity lines of credit and credit card rates.

The embattled Obama administration is facing a political storm on the troubled housing market. I believe the only reason that it has not taken more substantial steps to halt the “pain” for millions of Americans in foreclosure is the political pressure associated with the upcoming November election. 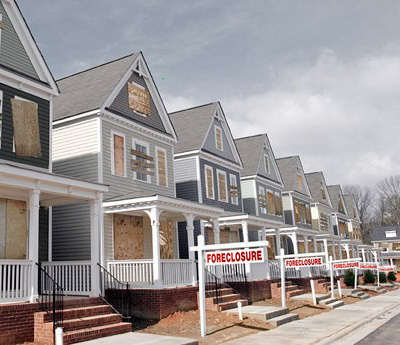 Although the Fed does not formally set mortgage rates of any kind directly, the direct correlation with the prime rate that the Fed sets is a clear indication to mortgage companies and bankers of just how much money they’ll be able to make in profits from mortgage payments. Banks need to be competitive to make mortgages and stay in business. Economists and number crunchers carefully monitor rates to keep lenders competitive in the marketplace to attract business and adjust them accordingly.

Frankly, I could care less about the politics. The Democrats and Republicans have been broken parties with few real differences for decades. As we all know, most of their bickering is hot air for political posturing. People are sick and tired of Congress for good reason. As Americans we send them to Washington to legislate for us and aside from lining their own pockets members of Congress actually do very little when it comes to concrete issues.

The system is clearly failing. It’s out of date and is in desperate need of repair. Lee Iacocca, the once powerful CEO of Chrysler said years ago, “Throw the bums out.” Americans now realize he was right. Years later we have a housing market and what little equity there might be left melting down.

Congress deregulation of the Glass-Steagall Act adopted during the Great Depression signed by President Bill Clinton was shopped by lobbyists for decades until they found their man. The deregulation undeniably led to the meltdown in housing and the economy.

If there weren’t so many crooks looking for loopholes and the easy way to make a buck in society we wouldn’t need laws and regulations. But that is not reality. In order to have a society that is anything but anarchy we must have laws.

During the real estate mania anyone who could sign their name could get a loan. Bankers didn’t care. Loan originators were schooled on how to get loans approved since they were just going to sell them off on Wall Street and be rid of them. There were obviously a slew of improprieties, unethical and illegal. The Justice Department may soon charge some with crimes.

In the 97 years since the Fed was formed America has undergone drastic changes. In the last 50 years alone the population has more than doubled. It’s time for changes to be made to correct the destruction of the U.S. housing market. Financial reform addresses a few limited concerns but has done little to mandate changes on mortgages or home ownership — the largest investment for most Americans.

If government leaders don’t make appropriate changes housing prices will continue to slide. People will feel their homes are worth less. More homeowners with mortgages will walk away. Consumers will spend less. It’s a vicious cycle that the Fed has constructed intentionally or unintentionally for years.

I love the free market or perhaps I love the concept. But these days with so many desperate people and criminals that manipulate rather than work to ensure a better place exists for Americans we need major reforms. The free market is ideally a great capitalistic society, encouraging innovation, development, artistic achievements in a multitude of dimensions that improve the world. But without laws that are enforced we are a troubled nation.

Bottom line – the White House either has to force bankers to take losses on the loans they carelessly approved with investors or provide the kind of financial encouragement to share in the losses so that bankers are willing to reduce mortgage payments so millions of Americans at risk of foreclosure can afford them. Ever lose a house to foreclosure? These aren’t all innocent victims, but from what we’ve heard over the years and we’ve heard from tens of thousands most are.

Get the money from the bankers. Take the money from TARP. I realize this isn’t the political answer everyone would like to see. You can’t please all the people all the time. But as I wrote above: “I could care less about the politics.” I just want what’s right for America!