Hampered by internal bank and mortgage servicing company delays, foreclosure notices fell to a 40 month low in April, declining 9% from the prior month and 34% from a year ago. 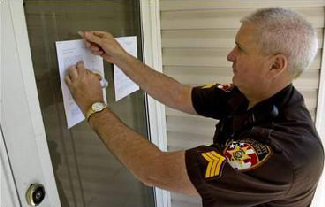 The slowdown represented the seventh straight month of delays in the foreclosure crisis as a result of the moratorium put in place in 26 states for the robo-signing mess.

The delays will take lenders months to overcome as the system put in place by lenders to sped up bank servicing companies foreclosing on homeowners is expanded to accommodate the growing foreclosure crisis.

Notices of foreclosure, including initial notices of default, scheduled auctions and other filings were made against 219,258 U.S. residential properties during the month, according to RealtyTrac. The figure shows one in every 593 housing units received a foreclosure filing in April.

“This slowdown continues to be largely the result of massive delays in processing foreclosures rather than the result of a housing recovery that is lifting people out of foreclosure,” said James Saccacio, chief executive officer of RealtyTrac. “The first delay occurs between delinquency and foreclosure, when lenders and services are no longer automatically pushing loans that are more than 90 days delinquent into foreclosure but are waiting longer to allow for loan modifications, short sales and possibly other disposition alternatives.” 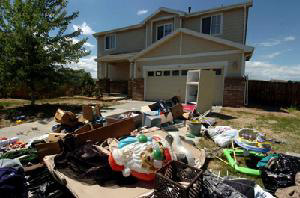 The delays are prolonging the foreclosure crisis, which is now expected to last through at least 2015 and is forecast to total 15 million foreclosures by Housing Predictor analysts. The Mortgage Bankers Association says that 3.7 million homes are seriously delinquent on loan payments, and in jeopardy of being formally repossessed.

The foreclosure process took much longer in some states than others with the average timeframe from initial default notice to REO in New Jersey and New York being more than 900 days in the first quarter of 2011. The figure is more than three times the average time it took to foreclosure on properties in 2007.

Florida saw its average balloon to 619 days in the first quarter, up from 470 days a year earlier. But lenders foreclosing on properties in the nation’s most populated state, California were much more efficient, taking an average of 330 days to complete foreclosures.