The volume of home mortgage applications for refinancing and purchases rose slightly higher for the week as mortgage rates took an abrupt jump. 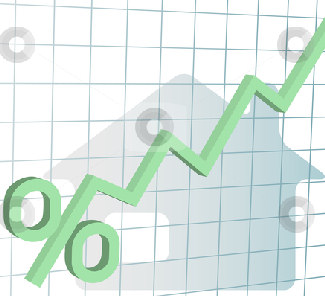 The rate on a fully executed 30-year fixed rate loan shot up 0.09 for the week, according to the Mortgage Bankers Association survey.

Mortgage rates had been on a consecutive five-week decline on growing concerns over doubts about the U.S. economy, erratic financial movements on Wall Street and worries about declining home prices in the majority of the nation.

Jitters in the bond market, which are closely followed by banks that set mortgage lending rates may show additional aid may be needed from the Federal Reserve even before the latest round of bail-outs comes to an end in June.

Mortgage applications increased 1.1% from a week earlier on a seasonally adjusted basis with purchase applications leading the way, rising 1.5% for the week. The four week moving average for the market index is now 5.2% higher, despite the rise in loan rates.

The average contract mortgage rate on a 30-year fixed loan rose to 4.69% from 4.60% with 0.69 points on an 80% loan-to-value mortgage, according to the bankers’ survey, which accounts for about half of all U.S. mortgage financing. Respondents include mortgage bankers, commercial banks and thrifts.

The 15-year fixed rate mortgage also moved higher, increasing to 3.78%, a slight 0.03 move up from a week ago. The refinance share of activity increased to compose 66.8% of all applications, a slim one-tenth of a percent above a week earlier as adjustable rate mortgage volume slipped.

The Fed has kept its bench-mark lending rate at or near 0 for more than a year in efforts to stimulate U.S. mortgage lending and loans to business, but without additional confidence in the overall economy and high unemployment, the housing market continues to be hampered in gaining steam towards a recovery and price gains in most of the country.