Mortgage interest rates hit a new low for the year declining to 4.61% on a 30-year fixed rate loan, 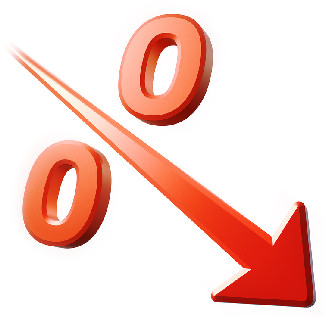 a slight 0.02 margin lower from a week earlier, while the rate on a 15-year fixed rate mortgage also dropped to a new low in 2011.

The heavily watched Freddie Mac averages have now declined for five straight weeks on growing economic pressures demonstrated by the bond market, and slow home sales as a result of high unemployment and serious doubts about the housing market reaching a bottom in the foreseeable future.

Home prices in the majority of the U.S. are declining, and many regions of the country are seeing unprecedented declines in housing values as the U.S. Congress struggles to reach agreements over financial reform. The Dodd-Frank reform bill has about 100 issues that will affect mortgage lending that need to be worked out to provide banks and mortgage lenders with a better framework of regulations to work with.

The rate of the 15-year fixed loan averaged 3.80% for the week, also dropping 0.02. Lower mortgage rates are usually good news for the housing market and other financed product sales, but weak confidence in the nation’s economy and a downgrade of the U.S. dollar by Wall Street investing bank giant Goldman-Sachs sent ripples across financial markets. 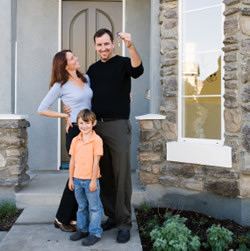 “Industrial production was unchanged in April owing to disruptions in automobile parts supplies due to the earthquake and tsunami in Japan,” said Freddie Mac economist Frank Nothaft. “Netting out automobiles and gasoline, retail sales rose 0.2% in April, which was less than a third of the increase in March and the weakest growth since December 2010.”

Housing data released by the National Association of Realtors showed a decline in sales of existing homes for the month of April. New construction of single family homes also fell 5.1% for the month with the largest declines in the Midwest and South where devastating tornados and flooding issues along the Mississippi are driving serious problems.

However, threatening the disasters are for the region they could prove to be positive for the home building and real estate industry since home builders will be needed to construct new homes for those properties that have been destroyed.