An Ohio member of Congress has proposed a resolution that would enact a temporary freeze on foreclosures across the U.S. similar to the Great Depression. 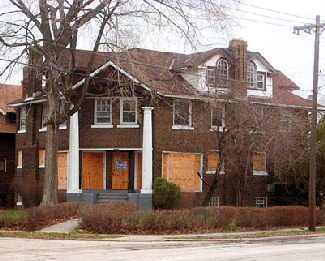 The proposal would enact a moratorium on all residential foreclosures.

The resolution sites a variety of issues troubling the housing market stating, “Whereas the United States finds its housing market in a precarious and unstable state, where homeowners’ mortgage balances are routinely larger than the current value of their homes and where people are losing their homes at an alarming rate. 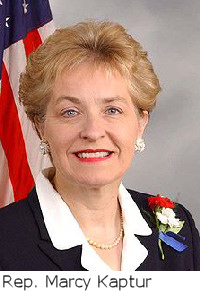 Kaptur represents Ohio, which has been devastated by the foreclosure crisis and is one of 18 states designated for the federal government’s Hardest Hit Fund targeted to help mostly unemployed homeowners at risk of losing their homes to foreclosure. Rising unemployment in the region is triggering a massive second wave of foreclosures in many areas of the state, including hard hit Cleveland.

A foreclosure freeze would give lenders’ and homeowners time to work out a solution on millions of home mortgages that are forecast to be foreclosed in the next five years.

Default rates among homeowners slipped in five major metropolitan areas (MSAs) during June, down sharply in New York, Miami, and Chicago. But an increase in vacant homes that have not yet been counted in the foreclosure inventory troubles the housing market.

Mortgage lending declined in April and May, according to the Federal Open Market Committee and applications for new home mortgages and refinancing moved lower. Applications for refinances saw a steep decline in early July, indicating further sluggishness in the housing market, the Mortgage Bankers Association said.