I’m a soldier, a street fighter, an attorney battling foreclosures on behalf of homeowners at the ground level, in the trenches, in courtrooms all across Florida. Let me save you the suspense and get 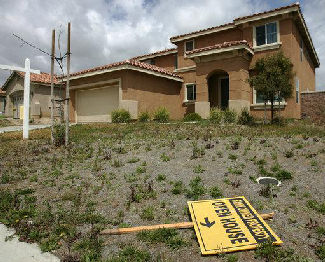 right to the point. Things are worse than they’ve ever been and they are only going to get far, far worse as the foreclosure crisis builds a new wave.

Ignore whatever fantasy and misinformation is spewing forth from the Realtors and industry groups. And above all else, disregard every bit of information that comes to you from the government ministries of misinformation.

The job picture across this country is bad. Not just bad, but very bad and only getting worse. Forget about the “official” unemployment percentage because that number doesn’t begin to capture the full scope of the problems. We haven’t just lost jobs in this country. No, our nation’s failed economic policies have decimated entire industries and laid bare entire regions. Textiles in the Carolinas, high tech in California, the space industry in Florida and heavy manufacturing in the Midwest — All gone– And they’re not coming back.

Now some small number of these unemployed may find jobs elsewhere so they won’t be counted in the official percentage of unemployed but if the only job a smelt operator in Ohio or a rocket scientist in Florida can find is stocking shelves for minimum wage should that even be counted as “employed”? Not hardly.

These people will enter the ranks of the countless millions of Americans who have lost the best paying job they’re likely to ever see again in their lifetimes. With these jobs gone, so too is their ability to sustain mortgage, insurance, taxes and maintenance costs associated with home ownership.

But enough with the economics big picture stuff, I’m just a small town lawyer that fights for real consumers in courtrooms. Next to jobs, the only thing that has a bigger impact on the price of real estate right now– and for the foreseeable future—is the chaos that’s happening in foreclosure courtrooms all across this country. Florida is particularly emblematic of these problems because most of the major players in the foreclosure process were caught engaging in patterns of conduct ranging from questionable oversight to outright fraud. And while the problems in Florida’s foreclosure courtrooms have received an outsized share of national attention, a sampling of court cases from across the country makes it clear that systemic abuse in the foreclosure process is a scourge that infects our entire country from sea to shining sea.

Our country’s foreclosure courts are choked, stalled, stuck. And by now we should all understand that the frozen foreclosures are not just the result of minor paperwork problems. Foreclosure cases are not moving forward and the reasons are clear—the titans of Wall Street, along with their co-conspirators in the banking and finance industries dumped an entirely new and fatally-flawed business model into a legal system that remains unable to reconcile this entirely new and flawed model with the existing laws and legal procedures that were developed and functioned quite effectively for hundreds of years. 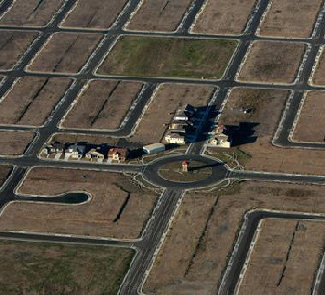 As state and federal courts attempt to reconcile the existing law with the fatally flawed procedures dumped on them, our relatively consistent national body of laws, stable over hundreds of years, has in a just a few years, turned into a crazy quilt of confusing and contradictory court opinions. Faced with this uncertainty the banks find themselves caught in a quagmire they created and they are unable or unwilling to complete the foreclosures they’ve already filed. Tens of thousands of these “stuck” cases are languishing on court dockets and in courtrooms all across Florida. The foreclosure mills are being forced to confront their own failure and dismiss thousands of cases that are failed beyond all hope.

But the problems don’t end with the foreclosures currently stuck in courts. Foreclosure cases that have been concluded are suspect, subject to challenge both from failed procedures that complied with then existing law and subject to fresh challenge when a new opinion invalidates a previously correct interpretation of the law….a reality that makes even heavily discounted properties questionable at any price.

Unable to conclude the foreclosures currently filed and unable to unload the existing glut of bank owned properties, the banks have not even begun to file foreclosures against the millions of homeowners who are currently in default. No one really knows just how many homes are targets for the next wave of foreclosures yet to be filed, but the overall poor economy, loss of jobs and the intelligence gleaned from studying the foreclosure mills all indicate that a massive tidal wave of new foreclosures is about to crash down all across this country.

If you’re looking for one indicator of the wave that’s coming, just look at job postings for attorneys and legal support—foreclosure mills all across the country are advertising for all positions. Clearly, the mills are gearing up for a massive volume of work that’s already in their pipeline. I hear talk in the courtrooms that this tidal wave of cases will be filed soon, but we all really must ask, “To what end?” Why are we filing a new wave of foreclosures if we haven’t come close to cleaning up all the mess from the prior wave? And what will become of all this new inventory of foreclosed homes after it joins the considerable glut of already foreclosed homes?

Just take a look around and see just how badly failed the United States economy is and watch the continuing slide the national unemployment numbers are taking. These fundamental problems are not getting better anytime soon and because these crucial elements are not improving, there isn’t even a glimmer of hope that the housing market will recover. Even now, there are millions of people in this country who cannot earn a wage to support their even basic housing requirements…and this situation is only going to get worse….much, much worse.

Matthew D. Weidner is a graduate of the Florida State University and the Florida State University College of Law and has been practicing civil litigation since 1999. He currently has a private practice in St. Petersburg, Florida and represents clients in foreclosure, consumer and commercial finance transactions and civil litigation. To learn more about Matthew visit www.MattWeidnerLaw.com.