modifications. The temporary injunction was ordered by Nassau County Judge John Galasso after a year long legal campaign against the company across the U.S., which collected millions of dollars in fees doing business.

Fifteen homeowners filed a lawsuit against the company, including almost two dozen employees alleging fraud, false advertising and deceptive practices. Fees were charged of the homeowners upfront before the company would work on their mortgage modifications, which is illegal in most U.S. states.

Customers say that once the firm obtained their money, employees did little, if anything to help them obtain modifications. Hundreds of the homeowners were later foreclosed. Attorneys are presently digging through 70,000 pages of files to determine the size of the company’s operations. 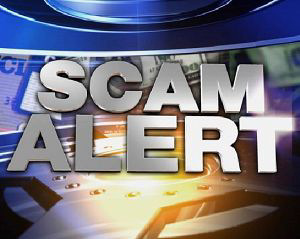 Plaintiffs also allege the companies violated a New York state law known as the “Deceptive Practices Act,” which empowers injured consumers to operate as “private attorneys general.” Under the act, victims may seek an injunction against an alleged scammer on behalf of all consumers. Using the remedy, non-profit organizations like the Lawyers’ Committee can step in and shut down operations accused of illegal dealings.

The online mortgage modification firm grossed more than $2-million in fees in 2010, according to authorities. Victims are seeking $1.5-million in damages and an order permanently preventing all defendants from working in the mortgage industry.

Attorneys for the homeowners are representing the plantiffs free of charge through the Lawyers Committee for Civil Rights Under Law and Davis Polk & Wardwell LLP. Lawyers found documents indicating that Homesafe’s founders, Samuel and Schreiber operated a string of companies that affected thousands of homeowners on the Internet.

Documents discovered this summer included a memo in which Samuel admitted to running an “illegal” operation, according to attorneys.

“We are committed to fighting this scourge through lawsuits like this and through coordination with and assistance to federal, state and local law enforcement,” said Attorney Jon Greenbaum, who represents the homeowners.